Bilibid source of 75% of drug deals in PH—Aguirre 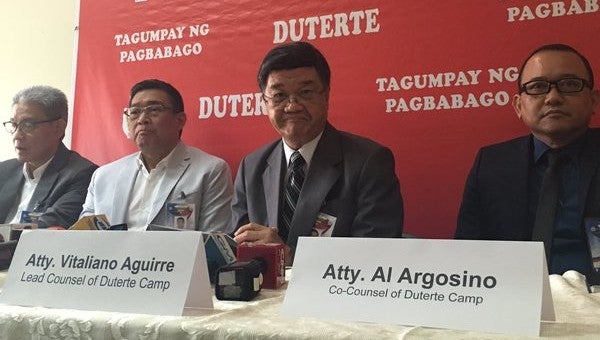 The New Bilibid Prison (NBP) is the source of 75 percent of drug transactions in the country, incoming Justice Secretary Vitaliano Aguirre II said on Thursday.

Aguirre said NBP has become a drug haven despite the series of raids known as “Oplan Galugad” being conducted by the Bureau of Corrections (BuCor). NBP is one of the seven facilities under the BuCor.

Caparas said Aguirre was keen on focusing on drug-related cases, graft and corruption and certain agencies including the BuCor, which supervises, among others, the NBP.

Drug lords and other high-risk inmates inside the NBP are now housed at Building 14, a heavily guarded facility inside the NBP’s maximum security compound. They have been separated from the other inmates to prevent them from continuing with their illegal activities.

The incoming Department of Justice (DOJ) chief said the information they have received showed that drug operations outside are being controlled by the drug lords in prison.

Aguirre said Oplan Galugad, or the regular raid inside the prison facility, will be stopped because prison authorities continue to recover illegal drugs and contrabands.

Authorities have conducted over 30 “Oplan Galugad.”

Aguirre earlier said that in lieu of Oplan Galugad, he will employ a “shock and awe” tactic to paralyze the criminal operations inside the prison facility. RAM/rga