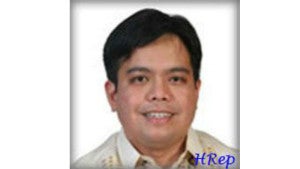 MANILA — The Supreme Court has denied the petition of former Davao del Sur Rep. Marc Douglas Cagas IV questioning the decision of the Office of the Ombudsman to file charges of graft and malversation of public funds against him in connection with the “pork barrel” scam.

“The court deferred to the Ombudsman’s findings of probable cause in the absence of any grave abuse of discretion shown by the petitioner,” the high tribunal’s spokesperson, lawyer Theodore Te, said in a press briefing, on Tuesday.

Ordered dismissed by the court was the petition for certiorari filed by Cagas to challenge the Ombudsman’s June 22, 2015 decision and Feb. 10, 2016 resolution finding probable cause to indict him for two counts of graft under Section 3(e) of Republic Act No. 3019 or the Anti-Graft and Corrupt Practices Act, and two counts of malversation of public acts under Article 217 of the Revised Penal Code.

The charges arose from the PDAF scam detailed by the NBI before the Ombudsman involving the use of Cagas’ PDAF from 2007 to 2009.

The scam involved the channeling of lawmakers’ PDAF to ghost or overpriced projects undertaken by phony nongovernment organizations set up by businesswoman Janet Lim Napoles.  In return, the lawmaker allegedly got millions of pesos in kickbacks.

Napoles, the alleged mastermind of the scam, is also undergoing trial for plunder and other cases related to PDAF misuse before the anti-graft court Sandigabayan.  SFM