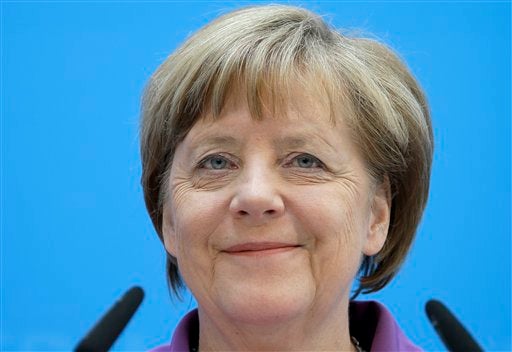 German Chancellor Angela Merkel remains as the most powerful woman in the world, according to the latest list released by Forbes Magazine on Tuesday.

Merkel topped the magazine’s annual list of World’s 100 Powerful Women for the sixth consecutive year. This also marks the 11th time that Merkel, the first woman German Chancellor, has appeared in the magazine’s ranking.

Following Merkel is US presidential candidate and former Secretary of State Hillary Clinton.

Last year, Gates was in third place while Yellen was in the fourth spot.

For this year, Forbes did not include women from the entertainment industry into consideration, “making room for a wide inclusion of female leaders across the globe who have been elected to office.”

“There has been an influx of women elected to office in the past year, and the number of women leaders in the world has more than doubled since 2005. As a result, nearly a third of the women on this year’s list lead a nation or play a pivotal role in calling the shots in their country,” Forbes said in a statement.

Among the newcomers in the list include Lens Technology CEO Zhou Qunfei, Taiwan President Tsai Ing-Wen and The Economist Editor-in-Chief Zanny Minton Beddoes.

The magazine uses four metrics to determine who will be included in its annual list: money, media presence, impact, and spheres of influence. CDG

Read Next
Architect gunned down inside Leyte university; Suspect at large
EDITORS' PICK
Alex Eala wins Grand Slam on Independence Day: ‘I hope I made my contribution to the country’
Kai Sotto continues to inspire Filipinos by sharing his passions and stories with Smart Prepaid
Ahead of ONE: Full Blast II, Mongkolpetch warns Elias Mahmoudi: ‘Watch out for my fists’
G7 rivals China with grand infrastructure plan
PNP, PDEA destroy P25.8M worth of marijuana in Kalinga
Rare earth metals at the heart of China’s rivalry with US, Europe
MOST READ
Groups slam Duterte ‘surrender’ to China
PH logs 7,302 new COVID-19 cases — DOH
1Sambayan names 6 choices to pit vs Duterte’s anointed in 2022
MVP steps into new role as top PLDT cheerleader
Don't miss out on the latest news and information.