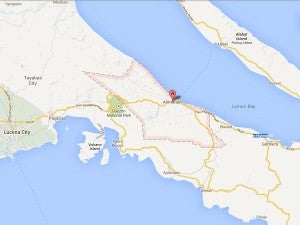 LUCENA CITY – Two fishermen were killed and two others were reported missing after a tornado caused their fishing boat to capsize and sink off the shore of Polilio island in Atimonan town, Quezon province, authorities said Sunday.

ADVERTISEMENT
Henry Buzar, Quezon disaster risk reduction and management council (DRRMC) officer, citing a report from Atimonan town DRRMC, said fishermen identified only as Amado Rolly and Salvador Cabahit were killed after a strong tornado capsized the boat, F/B Ervy 1 early Saturday. The boat was carrying 11 crew members during the sinking.
The two missing fishermen were identified by authorities as Juan Relampagos and Paquito Catumal.
FEATURED STORIES
NEWSINFO
Palace fires CHEd official, 3 others
NEWSINFO
Guarding Sara: Why next VP is getting own security team
NEWSINFO
2 foreigners die in Batangas
The boat sinking was only reported Sunday morning after seven survivors were rescued by other fishermen. Survivors underwent treatment for minor wounds at the Dona Marta Memorial District Hospital in Atimonan.
Authorities and other fishermen are still conducting massive search and rescue operation for the missing. SFM