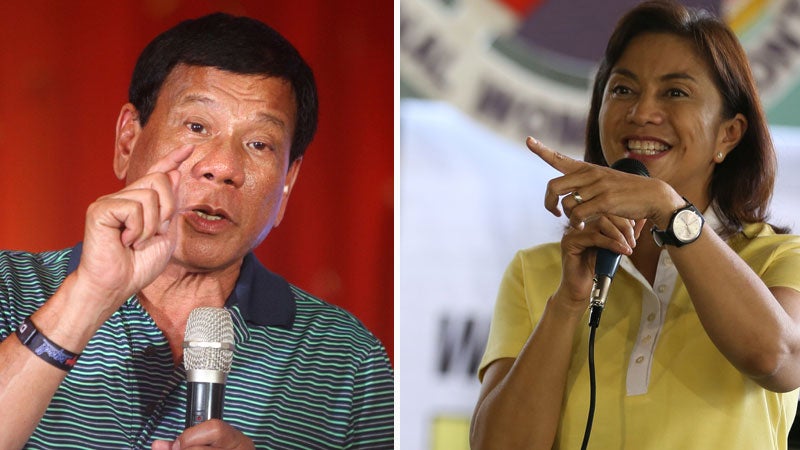 Vice President-elect Leni Robredo on Friday gently reminded President-elect Rodrigo Duterte to have more “circumspection” in his public pronouncements, as his provocative remarks on journalists’ murders and his behavior toward women have provoked a media firestorm.

In a veiled, carefully worded statement, the outgoing Camarines Sur representative spoke of the sensitivity of the President’s office and how his remarks were always to be construed as official declarations.

“It is a testament to the power and prestige of the presidency that each statement and each action of our leader is taken as an indicator of official policy,” Robredo said.

“Hence the need for constant vigilance and circumspection, to avoid raising any unnecessary concern, particularly over issues as sensitive as the murder of journalists and the treatment of women in our society,” she said.

The widow of former Interior Secretary Jesse Robredo, however, was careful to frame her remarks, repeatedly expressing her support for the Duterte administration.

“I have always taken the position that we should give our full support to our newly elected President. When we help him to succeed, we are helping our nation—and ourselves—succeed,” she said.

Her support, according to Robredo, “includes providing, with the other members of his team, other perspectives on various issues to broaden his view, and afford him the breadth of vision that is so essential to the leader of our nation.”

Robredo noted the Philippines’ positive record in pushing for gender equality and expressed hope that the new government would continue in this direction.

“The Philippines has played a leading role in the promotion of human rights and the advancement of gender equality. I trust our country’s leaders will continue to uphold this honorable legacy in every word and deed,” she said.

Robredo expressed optimism that Duterte would uphold the rule of law.

“I continue to be reassured by the President-elect’s repeated assertions that he will uphold the rule of law, as well as by his strong record of promoting women’s rights during his service as Davao City mayor,” she said.

“I hope that these commitments will be more clearly reflected in his public pronouncements,” Robredo added.

She reassured the public that she would continue to be a strong voice for the advancement of human rights.