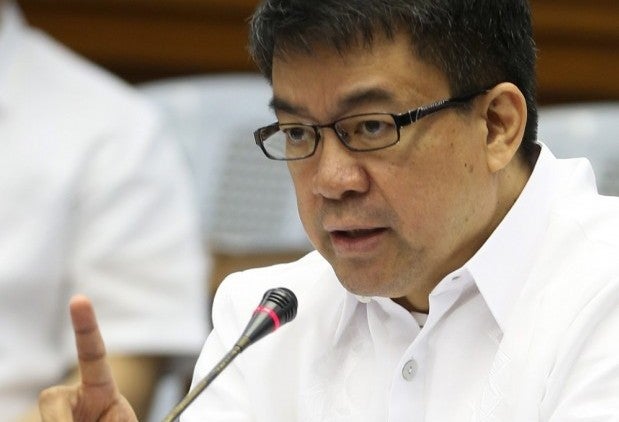 President-elect Rodrigo Duterte’s political party, which joined the fight against the dictatorship of Ferdinand Marcos, would not oppose the incoming chief executive’s decision to allow the burial of the late president at Libingan ng mga Bayani.

Duterte, the PDP-Laban chair, had said he would allow Marcos to be laid to rest at Libingan ng mga Bayani because he was a former soldier, not because he was a hero—a pronouncement he made during the election campaign.

“The party does not consider [Marcos] a hero, but we will trust in the wisdom of the President. He has his own way of thinking,” Pimentel said in a phone interview.

By being elected president, Duterte was given the power to act on the issue, he said.

He said he could understand what Duterte was trying to say—that the question of where to bury the late dictator was a “distraction,” and that it would be better to remove this “irritant.”

“It’s a very practical approach, and him being the chairman [of PDP-Laban], we will respect his decision,” he said.

But personally, Pimentel said he does not think burying Marcos at Libingan ng mga Bayani would lay to rest the issue and heal the divisions.

Some people might even take advantage of this development, he said.

“Of course, some people or some camps will take advantage of the name of the place and try to rewrite the telling of history. We can’t avoid that. But as they say, let history be our judge,” Pimentel said.

Asked if he would try to convince Duterte to change his position on the issue, Pimentel said he would reserve his counsel for more important matters.

He also does not think the Marcos burial issue would derail the plans of the Duterte administration.

“There will be complaints and criticisms, but we will move on to more pressing issues that concern the quality of life of Filipinos,” he said.

The PDP-Laban was formed by the merger of two parties that were “essentially anti-Marcos, anti-martial rule, pro-democracy parties.”

The PDP-Laban led the call for Marcos’ resignation following the assassination of Sen. Benigno Aquino Jr. It later drafted Aquino’s widow Corazon Aquino as the primary opposition leader, supporting the people’s call for her to run for President against Marcos.