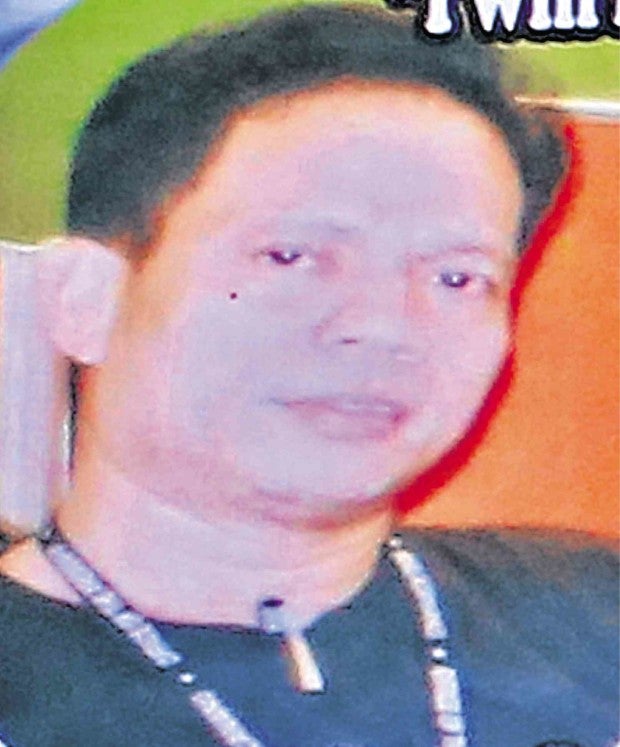 A retired police officer is a “person of interest” in the May 27 killing of tabloid columnist Alex Balcoba, the Manila Police District (MPD) disclosed on Friday.

This was based on interviews they conducted with his son and the staff of the new owner of the lot where Balcoba’s watch repair stall stands.

In an interview, MPD homicide chief Senior Insp. Rommel Anicete said Benjie Abad and Balcoba had not been on good terms since 2012 and they were spotted last month having a heated argument.

Abad, who retired with the rank of SPO4 in 2011, used to be assigned at the MPD-Malate station.

However, since there was no evidence linking Abad to the two suspects who shot the victim, Anicete said they could not invite him to their office for questioning as that would be tantamount to an arrest. They also could not classify Abad as a suspect.

Anicete said based on his talks with Abad, he and Balcoba were former tenants at Crown Building which was torn down four years ago after the owners sold the property.

According to security guards and engineers of the new building which is set to rise on the lot, Abad was angry when he was being asked to vacate the old building. He tried to stop its demolition in 2012, drawing attention to his being a retired police officer and allegedly even brandishing a gun, Anicete said.

The incident was reported by Balcoba to the owners, who then sued Abad for malicious mischief and trespassing, sending him to jail. After posting bail, Abad sued Balcoba for libel, Anicete added.

Earning the trust of his former landlord, Balcoba was able to continue his watch repair business on the vacant lot on Quezon Boulevard, although he was on his way out because of the new structure being built, said Anicete. Bystanders reported that whenever the victim and Abad, who lived nearby, would cross paths, they would get into small arguments.

According to Balcoba’s son, their latest confrontation happened about a month ago, when Abad brought up the libel suit. Abad, however, denied having such an exchange with Balcoba, saying his last spat with the victim was four years ago, said Anicete.

“But it was common knowledge in the area that the two did not get along,” the MPD official added.

The police have yet to identify the man who shot Balcoba as well as his companion who drove the getaway motorcycle. In an earlier interview, MPD deputy district director for operations, Senior Supt. Marcelino Pedrozo Jr., said the killing was apparently carried out by a professional hitman.