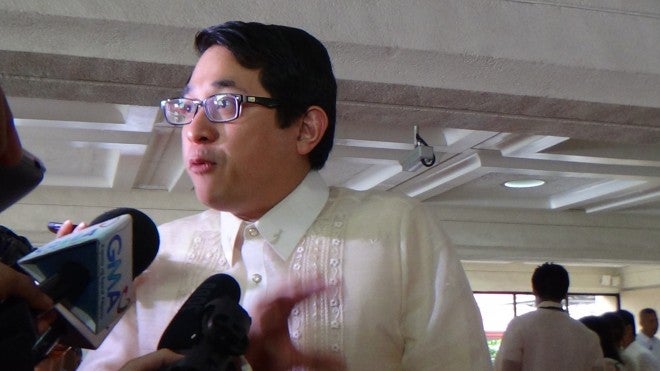 Senator Paolo Benigno “Bam” Aquino IV lauded on Friday the signing of the Implementing Rules and Regulations (IRR) for the Philippine Competition Act, which he said would lead to lower prices and improved quality of goods and services for consumers.

The IRR of Republic Act 10667 known as the Philippine Competition Act was published in major dailies on Friday, making the law effective after 15 days or on June 18, 2016.

He said the signing of the IRR would bring prices down while improving quality across goods like agricultural products and services like the Internet.

“Creating a healthier and more competitive business environment in the Philippines has far-reaching benefits for the start-up community, small businesses, and, ultimately, Filipino consumers,” said the senator.

The law, he said, would help sustain the country’s ever-growing economy and ensure a climate that provides a level-playing field for all businesses

Aquino noted that it took 25 years before Congress finally enacted the law, which happened under his watch as chairman of the Senate committee on trade, commerce and entrepreneurship.

He described the passage of the law as “historic, game-changing legislation for the economy” as it penalizes bad market behavior and abuse of dominant positions.

“The Philippine Competition Act is expected to eliminate cartels, and penalize anti-competitive agreements and abuses of dominant players in the markets that lead to high prices of goods and services,” the senator said.

It also promotes a culture of healthy competition that he said “inspires ingenuity, creativity, and innovation in addressing market needs.”

Aquino earlier said that the Philippine Competition Act would be crucial to President-elect Rodrigo Duterte’s aim to improve the country’s Internet service as the law would encourage the entry of more players in the telecommunications industry.

He said the Philippine Competition Commission is also expected to look into the sale of San Miguel Corporation’s telecommunications assets to Philippine Long Distance Telephone Co. (PLDT) and Globe to assess its impact on consumers and the industry. RAM