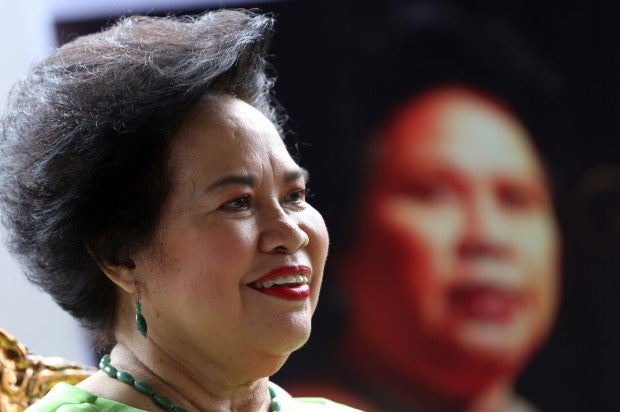 Sen. Miriam Defensor-Santiago contracted pneumonia due to complications from her advanced stage of lung cancer, her media staff said on Thursday.

The senator was moved from the intensive care unit to a regular private room at the Makati Medical Center around noon Thursday, a statement from her media affairs said.

Santiago was rushed to the hospital last Monday and was taken to the ICU the next day.

“She is now in stable condition,” the statement said.

The public was also advised that visitors and gifts were not allowed. Instead, they were asked to express their sympathies through prayer cards on the senator’s official Facebook page.

Santiago was diagnosed with lung cancer in 2014. Last year, she said she had conquered her illness and even ran for president in the 2016 elections but lost.

READ: Santiago in ICU likely due to lung cancer complications

Her term as senator ends on June 30 but she has gone on an extended leave due to complications in her anti-cancer treatment. JE/rga