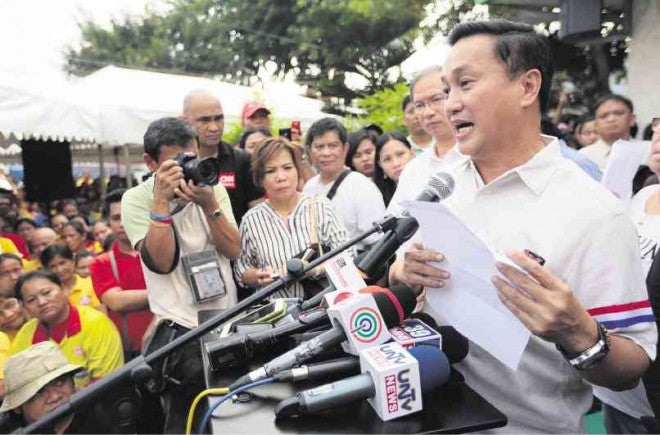 The Supreme Court on Tuesday dismissed a petition of losing senatorial candidate Francis Tolentino to compel the Commission on Elections (Comelec) to conduct a forensic audit of the Automated Election System (AES) and stop the proclamation of the winners in the 10th to 12th Senate slots.

Tolentino wants a conduct of forensic audit before the Comelec proclaims the winning senators to determine the nature, extent, effect and consequences of the supposedly unauthorized manipulation of the system made by Smartmatic’s Project Manager Marlon Garcia.

He pointed out that the result of the May 9 national polls may have been compromised following Garcia’s supposed interference when he changed the script in the transparency server of the Comelec.

The Comelec has proclaimed the 12 winning senators last May 19.

“The Court dismissed the Petition for Certiorari, Prohibition and Mandamus with Prayer for TRO for being moot and academic,” the high court’s Information Chief Atty. Theodore Te said at a press conference.

Smartmatic has denied tampering with the election results. It said that the change in the script was done only for cosmetic purposes.

The election technology provider even boasted of the fastest election results in the history of Philippine elections.

“The success of the May 9 elections doesn’t stop at the speedy electronic count and the high voter turnout, among other positive outcomes. We also saw the fastest canvassing of votes for national positions, which were performed and finished within days,” S​martmatic ​Philippines ​G​eneral ​M​anager Elie Moreno said in a statement.

The May 9 elections saw the largest turnout since 1986 with 81% of the registered voters or over 44 million Filipinos casting their votes. RAM/rga