Woman fails to save friend in Australian crocodile attack 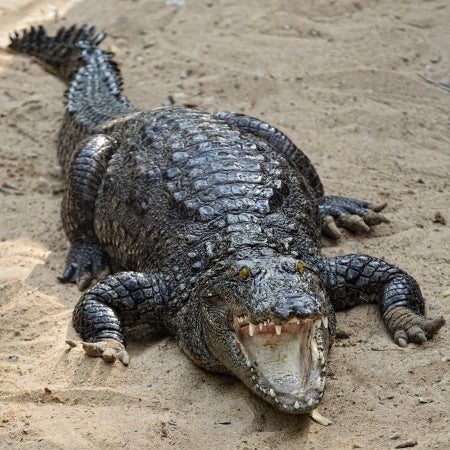 BRISBANE, Australia — A woman struggled in vain to drag her friend from a crocodile’s jaws during a late night swim off a northeast Australian beach, police said on Monday.

The pair were in waist-deep water at Thornton Beach in the World Heritage-listed Daintree National Park in Queensland state when the 46-year-old woman was taken by the crocodile at 10:30 p.m. local time on Sunday, Police Senior Constable  Russell Parker said.

“Her 47-year-old friend tried to grab her and drag her to safety but she just wasn’t able to do that,” Parker told the Australian Broadcasting Corp.

A rescue helicopter fitted with thermal imaging equipment failed to find any trace of the missing woman Sunday night, he said.

The search resumed on Monday with a helicopter, boat and land-based search teams, he said.

The survivor was taken to a hospital in Mossman suffering from shock and a graze to her arm inflicted as the crocodile brushed against her, Queensland Ambulance Service spokesman Neil Noble said.

“The report that we have from the surviving woman is that they felt a nudge and her partner started to scream and then was dragged into the water,” Noble told ABC.

The two women were not locals and might not have been aware that the area was well known as crocodile habitat, Parker said.

Crocodile numbers have boomed across Australia’s northern tropics since they became a protected species under federal law in 1971, and they pose an increasing threat to humans.