DOF told to hold off P82B payments to water firms 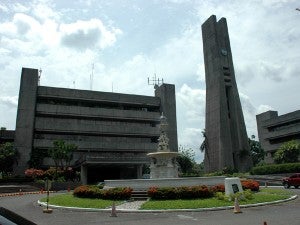 MANILA — The Department of Justice has asked the Department of Finance to hold off payments worth more than P82 billion to two major water concessionaires which are claiming indemnification or reimbursement from supposed losses over new policies adopted by Metropolitan Waterworks and Sewerage System (MWSS), the government regulating body.

Finance Secretary Cesar Purisima sought the DOJ’s legal opinion on whether or not the Manila Water Company Inc. and Maynilad Water Services Inc. should be paid by virtue of the performance undertakings issued by the government to the two firms by virtue of the concession agreements they entered into with MWSS.

However, the DOJ, in a five-page legal opinion signed by Chief State Counsel Ricardo Paras dated May 5 and released last Friday, pointed out that both Maynilad and MWCI have been facing at least five suits before the Supreme Court regarding water rate hikes and controversial provisions of their contracts.

“It is our considered view that, at the present state of events, the proper and most prudent court of action for the DOF is to maintain the status quo and hold in abeyance any action on the claims filed by MWCI and Maynilad, while waiting for the ruling on the Supreme Court on various issue,” Paras said.

MWCI’s filed its P79-billion claim over the MWSS’ disallowance of the company’s recovery of its CITs from consumers from 2013 to 2017. Maynilad on the other hand, said it suffered losses worth P3.44 billion because the MWSS has not enforced an arbitration panel’s decision favoring the company’s inclusion of its CITs in its standard rates for the same period.

The identical performance undertakings issued by the government to Maynilad and MWCI state that the two companies shall be indemnified for loses in case the MWSS or its regular office will reduce standards rates below the level provided in the concession agreements or defer the implementation of increases beyond the schedule set in the contracts.

The two companies have claimed that MWSS is the public utility and they are just agents or contractors of the MWSS.

But according to Paras, the public utilities issue is the subject of cases filed before the Supreme Court from 2013 to 2015 by the Water Watch Coalition, Water for All Refund Movement, Virginia Javier, Abakada Guro Partylist and Bayan Muna Representatives Neri Javier Colmenares and Isagani Zarate.

The payment of the claims and validity of the arbitration proceedings were raised in the Bayan Muna petition, Paras pointed out. Therefore, by settled policy and practice, the DOJ was constrained from rendering opinion or giving legal advice on the matter under the “sub judice” rule.

“For the [DOJ] to rule on your query would constitute an unwarranted intrusion into the exercise of judicial powers and functions pertaining to the Supreme Court, a separate and coordinate branch of government, and could subject this department to criticism, or in some instances, if applicable, indirect contempt,” Paras said.

Paras issued the opinion for the DOJ since Acting Justice Secretary Emmanuel Caparas inhibited by virtue of his being a former member of the MWSS board of trustees and the the agency’s chief regulator.  SFM