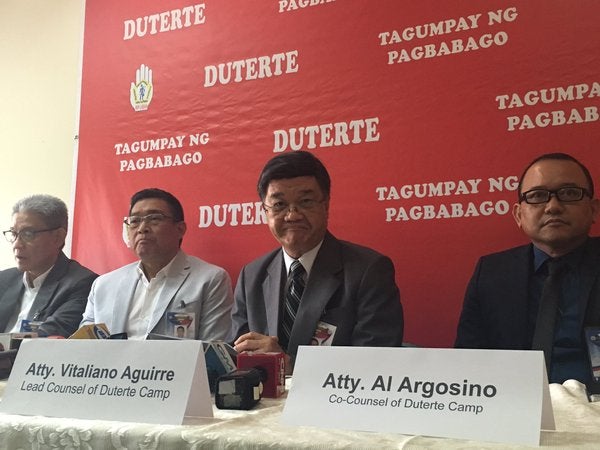 “I believe that he might… I believe so,” Aguirre told  a press conference at the House of Representatives when asked if the mayor would be present in his proclamation.

READ: Duterte: If it’s preposterous, then don’t believe it!

Duterte, who is currently in Davao City, earlier said he would not fly to Manila to attend his proclamation.

Aguirre said it would be “better” for Duterte to attend his proclamation as it was a process mandated by the Constitution.

“For me, it’s better for him to attend because this (proclamation) is a constitutional process by the Congress of the Philippines. The proclamation of the winning candidates needs the attendance of the [presumptive President-elect],” he said.

Duterte, the clear winner in the presidential race, was leading the partial, official Congress tally as of the second day of canvassing by as many as six million votes. IDL/rga