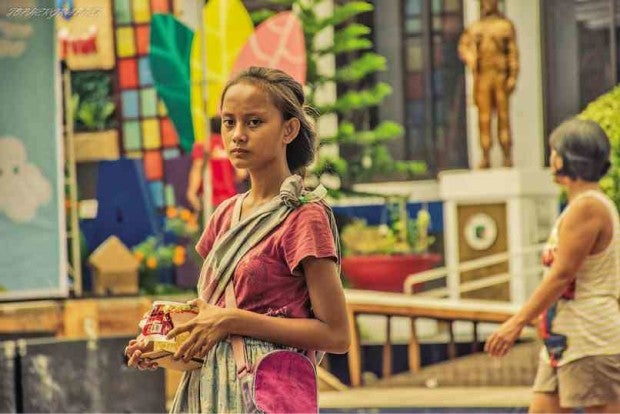 THIS photo of Gaviola during the Pahiyas Festival went viral. PHOTO COURTESY OF TOPHER QUINTO BURGOS

LUCENA CITY—When her photos went viral on the Internet, 13-year-old Rita Gaviola, a Badjao lass from the village of Barra here, was frightened by the amount of attention she received from netizens.

“I got scared. I thought I would be arrested by the police for begging,” said Gaviola, who admitted she was computer illiterate and knew nothing about Facebook and social media.

Gaviola was photographed by Lucena City-based photographer Topher Quinto Burgos on May 15 during the Pahiyas Festival in Lucban town in Quezon province. Her brown skin, striking jawline, high cheekbones, soulful eyes and model-like physique captured the admiration of netizens and earned her the online moniker “Badjao Girl.”

But instead of getting her into trouble with the law, her unexpected fame has brought hope to her Badjao community and family. Through online campaigns via social media, some of Gaviola’s admirers offered to help her family and the Badjao community here while others took the opportunity to advocate protection for Badjaos and raise public awareness on their plight.

Gaviola admitted she was begging with her 2-year-old sister at the Pahiyas. She was shown her photos on the Internet by another teenager in her village.

“Give this girl a chance to show the meaning of morena. This is what you call true Mindanaoan (Filipino) beauty,” said Sebastian Duterte, son of presumptive President-elect Rodrigo Duterte, on a Twitter post.

One of her admirers created a Facebook page called Badjao Girl. The page had been “liked” by at least 35,000 people as of Wednesday.

Burgos said some netizens had provided food, clothes and cash to Gaviola’s family.

A meal a day

Gaviola grew up poor. For her parents and five siblings, the regular one-meal-a-day of boiled cassava mixed with whatever fish they catch from the sea is already a blessing.

“We can’t afford to eat three times a day. Rice and viand for us is a luxury,” said her mother, Marita. She and husband Danny have not gone to school.

Gaviola’s family left Zamboanga City to escape poverty. They first settled in Bacoor City, Cavite province, before coming to Barangay Barra here seven years ago. The Gaviola family lives in a shack near a concrete seawall.

Gaviola’s father and elder brother sell native ornaments in the city when not fishing.

“I don’t want them (children) to beg. But hunger forces us,” Danny said.

During the Pahiyas, Gaviola and her mother earned only P300 from begging.

Danny’s only dream is for his children to finish school so their lives will improve.

“I want to finish my studies and be a teacher someday. I want to help my siblings and the other Badjao kids to get education,” Gaviola said. 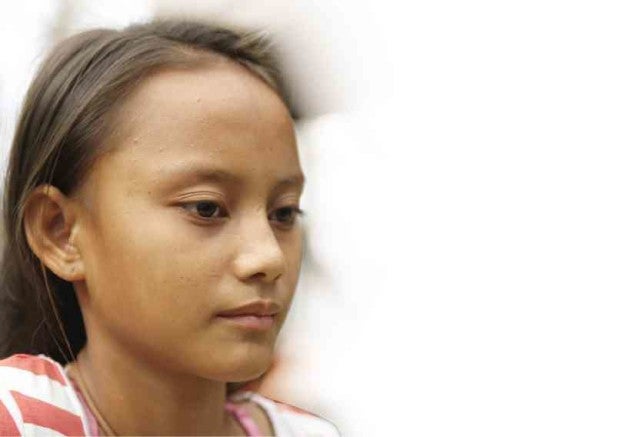 GAVIOLA in photo taken near where she and her family live in Barangay Barra in Lucena City. DELFIN MALLARI JR/INQUIRER SOUTHERN LUZON

Lawyer Asis Perez, national director of the Bureau of Fisheries and Aquatic Resources, promised to provide fishing boats to all Badjao fishers in Lucena City after learning of Danny’s wish to own a fishing boat.

Lucena Mayor Roderick Alcala promised that he would send Gaviola to school.

“I’m glad that the younger generation of Badjao is focused on getting education. That will help the government improve the lives of our indigenous brethren,” he said.

Benzar Gadzali, the Badjao leader in Barra, said 367 Badjaos belonging to 48 families lived in the village. More than 50 Badjao children are enrolled in elementary and high school.

Gadzali said the city government had been providing them different projects and programs. “But we want a livelihood assistance program that suits our way of living. We want fishing boats and gears. We were all born to live with the sea,” he said.