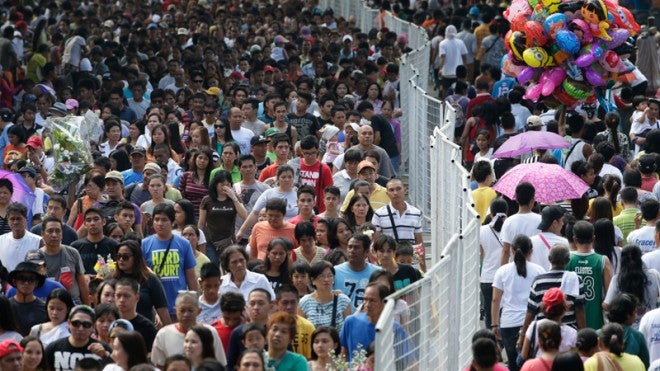 MANILA, Philippines — Officials say the Philippines’ population growth has slowed amid an increased use of contraceptives in the predominantly Roman Catholic country.

The Commission on Population said Wednesday the 2015 census results show the population grew 1.72 percent last year, down from the 1.9 percent rate during the previous census in 2010.

The commission’s executive director, Juan Antonio Perez III, says the country’s population of 100.98 million recorded last year was half a million lower than what was forecast in 2010.

Perez says that use of modern contraceptives — which the Catholic Church opposes — has increased to 45 percent of couples as of last year, up from 38 percent recorded by a national survey in 2013.