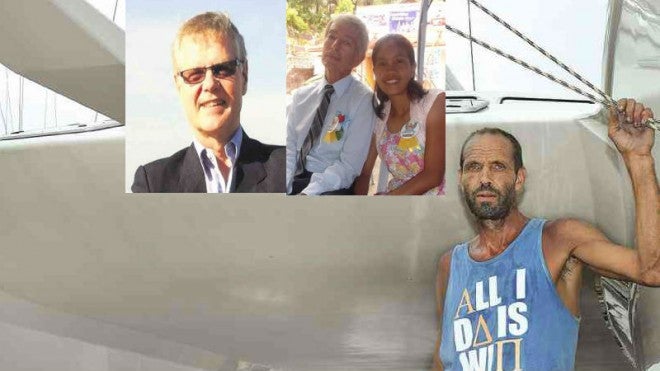 The Abu Sayyaf released a new video of its Samal hostages over the weekend, with the three remaining hostages calling for help from their respective governments and from incoming President Rodrigo Duterte.

In a video released early this month, the Abu Sayyaf threatened to execute one of its remaining foreign hostages if a ransom of P600 million was not paid by June 13.

Canadian John Ridsdel, who was beheaded by the Abu Sayyaf last month for failure to pay the ransom, was abducted with Flor, Canadian Robert Hall and Norwegian Kjartan Sekkingstad in Samal last October.

Hall comes next in the video and also addresses Duterte: “Mr. Duterte, I’m going to address my remarks to you. I would appreciate it if you can do what you can to get us out of here. It appears my government has abandoned me and my family in this endeavor.”

He also mentioned “June,” who can be contacted at the Canadian Embassy for negotiations but did not reveal the identity further.

“We’ve been here for eight months. I came to your beautiful country in good faith and in peace, and here I am. These people want you to negotiate or communicate with them through a person by the name of June, whom you can reach at the Canadian Embassy. I really hope that you can do what you can to help us,” he said.

Hall described their harrowing conditions while in captivity and how they were humiliated every day.

“We live like this every day, go to bed like this. We have a hundred people heavily armed around us all the time that dictate to us and talk to us like children. We’ve been humiliated in every way possible. One of us has already been murdered. We hope that you can work on our behalf as soon as possible to get us out of here. Please, the sooner the better. We’re three-quarters dead right now. Thank you,” he said.

Sekkingstad faces the camera next, and asks for help from the Norwegian government but also mentions June from Canadian Embassy.

The Armed Forces of the Philippines, meanwhile, reiterated that military operations continued but they were still implementing a no-ransom policy.

“We will not stop until the situation is rectified and normalcy is restored … We will never negotiate with them nor pay ransom because every time they get money, it emboldens them to do more kidnapping. We will endeavor to make this kidnapping business unprofitable to them,” said AFP public affairs chief Col. Noel Detoyato. RC/rga