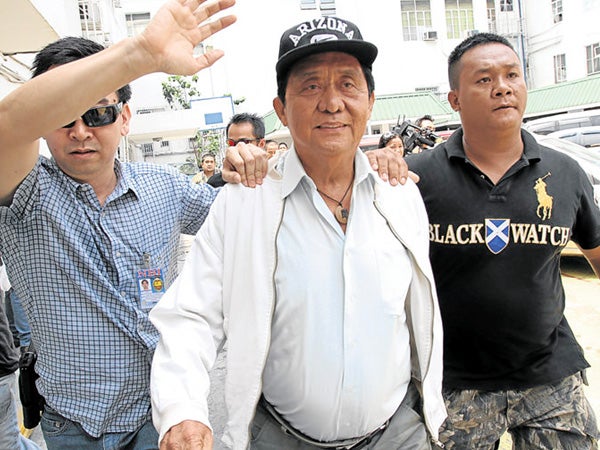 In this May 2011 photo, former Batangas Gov. Antonio Leviste is escorted by National Bureau of Investigation agents to the Department of Justice for inquest for evasion of service of sentence. NIÑO JESUS ORBETA

The Office of the Ombudsman on Tuesday filed a malversation case against former Batangas Gov. Jose Antonio Leviste before the Sandiganbayan over unliquidated funds and trips abroad.

The Ombudsman said Leviste, then chair of the Philippine Retirement Authority’s (PRA) board of trustees, took advantage of the said public office and conspired with Philip John Moreno, then accountant III and division chief II of the financial planning and control division of the PRA.

The complaint said Leviste “willfully, unlawfully and feloniously take, misappropriate, embezzle, appropriate and convert to their personal use and benefit, public funds in their custody and control by reason of the duties of their office in the total amount of P151,385.42.”

The Ombudsman said the sum came from proceeds of Leviste’s several cash advances for his foreign travels, which were facilitated by Moreno despite the former governor’s failure to liquidate previous cash advances.

The total of cash advances released for Leviste’s foreign trips amounted to P869,180.75, of which P151,385.42 Leviste failed to liquidate, refund or account for “despite demands from the Commission on Audit and the PRA, to the damage and prejudice of the government and the PRA in the said amount.” RC/rga