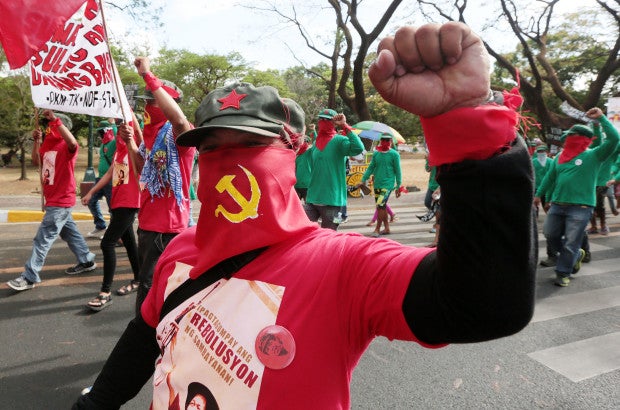 CAGAYAN DE ORO CITY – The New People’s Army (NPA) has owned up the killing of a retired policeman-turned-religious group founder Francisco Baguiz in Gingoog City on Monday, saying he was executed for the “crimes” he committed.

Allan Juanito, spokesperson of the NPA’s North Central Mindanao Regional Operations Command (NCMROC), said the NPA “punished” Baguiz “by death” for his land-grabbing activities in some areas of Gingoog, and for the deaths of several people – including Marc Anthony Bagaipo, a former member of the city’s legislature.

“He was also the brains behind the series of robbery and extortion activities using the NPA’s logo. He was also active in going after the revolutionary group, using members of his cult Gintong Araw,” Juanito said.

“But in spite of this, he continued with his counter-revolutionary and anti-people activities,” Juanito said.

“We hope that his death will serve as a warning to others who have been doing criminal acts and those who are in power who are protecting them—their evil deeds have an end,” Juanito said.

The rebels also promised to return Baguiz’s personal effects and cash that were seized from him when he was taken and killed by the NPA.

Baguiz was with his family and several other people aboard a car which was flagged down by armed men wearing Army uniforms in Sitio Kibalikin in Malinao on Monday.

SPO4 Teddy Macarayo of the Gingoog police said Baguiz got out of the vehicle, maybe thinking soldiers had flagged the vehicle down.

Macarayo said Baguiz was handcuffed and brought  in a secluded area, where he was stabbed four times. He did not reach the hospital alive.  SFM/rga

Read Next
Results of teachers’ licensure exams out
EDITORS' PICK
A delightful blessing!
Gov’t plans to open COVID-19 vaccination for 5- to 11-yr-olds by January 2022
Gov’t eyeing COVID-19 vaccine booster for essential workers, indigents by Dec. 10
Villar Group gears up for AllValue Shopping Party on Dec. 3; around P 1-million promos and discounts up for grabs
Omicron variant detected in more countries as scientists race to find answers
Legarda: Ending Violence Against Women, a cause for all
MOST READ
Quiboloy warns of ‘much worse than Omicron virus’ if his ‘persecution’ is not stopped
Suspected Omicron cases mild, says leading S. Africa doctor
Bongbong Marcos’ conviction in tax case not a crime involving moral turpitude — lawyer
Marcoleta defends pol ads on ABS-CBN
Don't miss out on the latest news and information.