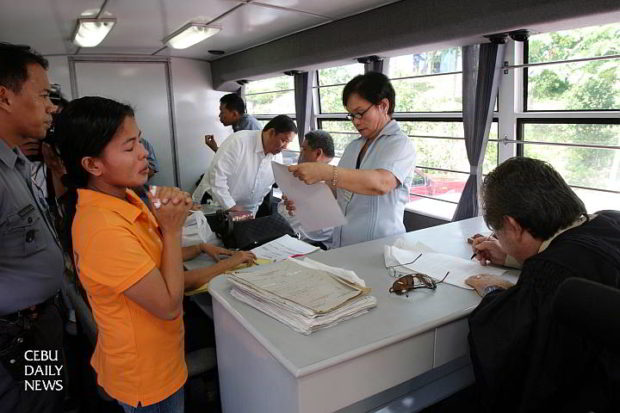 Regional trial court judges  in the country not only deal with heavy case loads, but also with death threats.  FILE PHOTO/CEBU DAILY NEWS

Judge Emmanuel Pasal,  presiding judge of RTC 10 in Malaybalay City and RTC 38 here, was on his Suzuki Jimny with his driver and security escorts, PO1 Ricthie Labiano and PO1 Lyndon Mercado, when attacked in Carmen Hill in Barangay Puerto here early Thursday.

Pasal and his companions were unscathed.

Speaking to reporters hours after the attack, Pasal said the fresh attempt on his life was most probably connected to the drug cases he has been handling in his sala in Malaybalay City.

“I know this has something to do with the drug cases in Malaybalay,” he said, adding that “there is no other angle into this.”

Chief Insp. Ariel Pontillas, the Agora police station chief, said based on their investigation, Pasal recently rejected a P1-million offer for a favorable bail ruling in the case of a drug suspect, whom he did not identify.

Pontillas said when Pasal learned of the bribe offer, he immediately instructed his staff not to entertain such offers.

“Based on my knowledge of him, he (Pasal) is a principled and a strict judge. He also lives a simple life, too. He is just renting a house,” he said.

“The PNP expresses our disgust over the second attempt to kill Judge Emmanuel Pasal in a month and we are doing our best to address this serious security concern,” the Northern Mindanao police said.

Supt. Surki Sereñas, the regional police spokesperson, said they would provide Pasal with more security to ensure his safety.  SFM/rga