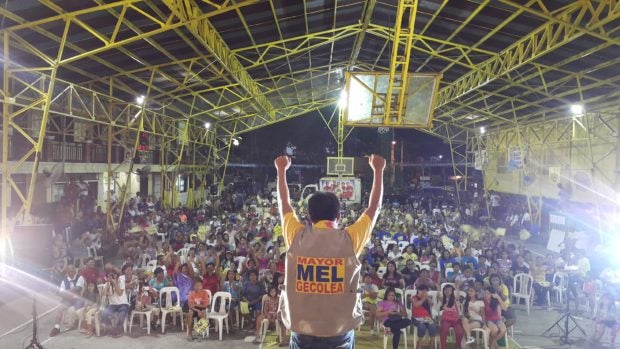 Money rules politics, so they say.

But the results of the elections in Cabuyao City disproves that. Atty. Mel Gecolea winning the mayoral post has crafted a new image of the local politics in this city of Laguna – an image that has given people hopes for good and honest governance. Of the four mayoral candidates, only Atty. Mel Gecolea was known to have the least financial resources to run the campaign. The three other candidates are all known in the city to be rich and influential.

Atty. Mel Gecolea, early in the campaign, was up against three goliaths, people believed. Trailing behind the three other candidates in the surveys late last year and early this year, he pursued, persisted, and persevered hard determined to win against the moneyed class. Day in and day out, he campaigned telling people his vision for the city. With very few people attending his campaign sorties at the start of the campaign period, he lost no chance of speaking to every ear willing to listen to him. His humble family, no less than his own mother, prepared and served “lugaw” to those who would sit and listen to him. Yes, most of them were children.

But this did not kill his motivation. The people’s reluctance to listen to a poor man promising good governance is no news in Philippine politics. Atty. Mel Gecolea doubled his efforts. Aside from his night sorties, he would during the day go to an alley or visit a tricycle terminal or stand-by in a sari-sari store where there were 5 or 6 people doing nothing. He would talk to them, asked them about their problems in the area, and discussed his plans about how they could work together to bring solutions to these problems. This small talk with the common people picked up. People started talking about him and his humble ways of reaching out to them. 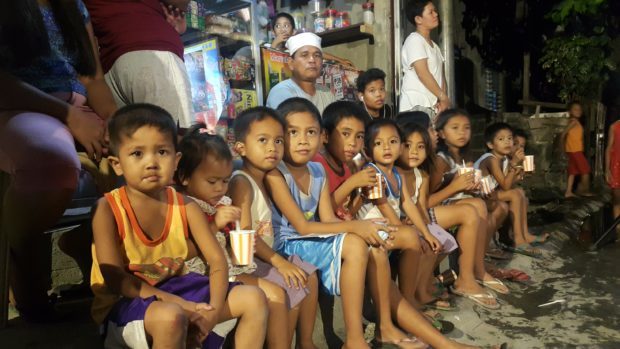 Soon, hordes of people started flocking to his night campaign sorties. The number of those coming to see him and listen to him had consistently grown. The three goliaths who would so casually have big crowds in their sorties started to notice that Atty. Mel Gecolea was increasingly becoming more popular and was attracting more and more people interested to listen to him.

David was beginning to hurt the goliaths.

What was unique about his campaign speeches was that he did not malign his goliaths. Known to be kind and gentle, he spoke no ill about them. He focused on what he would do for the city. And people liked that. His night campaign sorties grew increasingly interesting even to those who belong to the other candidates. They would be seen standing and listening at the back of the audience, perhaps out of curiosity. In some instances, they were still wearing their candidate’s campaign t-shirts, perhaps sneaking from their candidate’s sorties and finding their way to Atty. Mel’s sorties. Atty. Mel’s supporters welcomed them.

Then the campaign grew fiercer. The goliaths were starting to feel the pain caused by this David in their midst. Surveys came out with Atty. Mel coming to the top. His rise in surveys was starting to be a serious threat to the goliaths. Their campaign handlers resorted to destroying David’s name and reputation. But people were unbelieving. Atty. Mel with 15 years of public service (9 years as councilor and 6 years as vice mayor) never had a record of corruption. He did not enrich himself in government. His unblemished record and unquestionable integrity in public service was his sling – his only weapon to defeat his goliaths.

When campaign came to an end, Atty. Mel stayed on top of the surveys. The number of people attending his night sorties was way beyond anyone’s expectations. It grew from hundreds of attendees to thousands. His staff complained about running out of chairs for the audience. The audience clapped and cheered, and in every cheer was their hope cast on this modest man.

Now that David toppled the goliaths, his supporters all agree that this is a triumph of character. He saw his goliaths not too big to hit, but too big to miss. He was a poor man, humble in his ways up against the rich and the powerful. But fate had its way. God has his favour upon his David.

As for the fallen goliaths, they too will need to learn the lesson of the recent election – money rules politics, but not in Cabuyao City.

(Prof. Albert D. Madrigal is a PhD Candidate from UP Los Baños occasionally writing for INQUIRER.net.)