President's orders:  'Make the justice system work, clean up prison system, spare no one in anti-corruption cases
By: Karlos Manlupig - Correspondent / @kmanlupigINQ
Inquirer Mindanao / 12:04 AM May 19, 2016 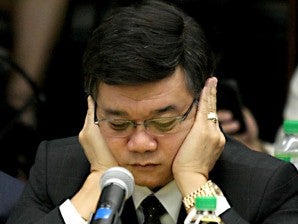 Aguirre told reporters here that he was not expecting nor requesting anything when he met with the incoming chief executive on Wednesday night, but he ended up being chosen as the next secretary of justice.

“I was the one who asked for audience.  Hindi ko alam na ako pala (Little did I know I would be chosen),” Aguirre said.

Aguirre said that marching orders were immediately issued by Duterte, and his first task would be to make the justice system work.   “I have yet to get the details,” Aguirre said.

His message and warning was for everyone to comply with the law, Aguirre said.

Another priority task would be cleaning up the jails, including the New Bilibid Prison, of illegal activities such as drug trafficking.

“Marami dapat lilinisin doon. Nakakapagtataka kahit every week may nakukuha (There remains a lot to clean up.  It’s a wonder that new contraband is found despite the weekly raids by authorities),” Aguirre said.

He added that the DOJ would go after government officials involved in corruption.

“We will be focusing on corruption cases. Walang dapat santohin (There are no sacred cows). If anybody is involved, we will go investigate,” Aguirre said.

Aguirre said Duterte was his classmate at the San Beda Law School and that they were from the same fraternity.  SFM