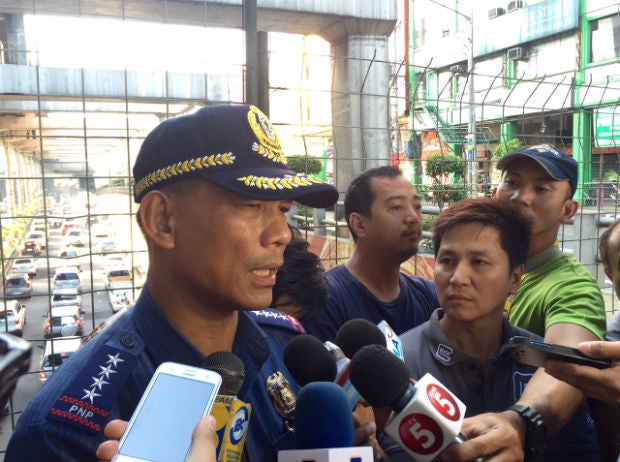 The chief of the 160,000-strong Philippine National Police will file a courtesy resignation after President Benigno Aquino III turns over the highest post in the land to presumptive president-elect Rodrigo Duterte.

“As a matter of courtesy, I will submit my courtesy resignation to the President. That should be not later than July 1,” PNP chief Director General Ricardo Marquez said in an interview.

Marquez said the purpose of his resignation is to give Duterte the freehand in selecting and appointing the PNP chief of his choice.

Duterte is eyeing three former police chiefs of Davao City to replace Marquez when he assumes presidency on July 1.

His choices include Chief Supt. Ronald dela Rosa, now assigned as executive officer of the Directorate for Human Resource and Doctrine Development based in Camp Crame, Chief Supt. Ramon Apolinario, Mimaropa Police officer-in-charge, and Senior Supt. Rene Aspera, the chief of staff of the PNP-Anti-Kidnapping Group.

Dela Rosa, a native of Davao City, was a member of the Philippine Military Academy Sinagtala class of 1986. He was recently relieved of his post as brigade commander of the PNP’s Reactionary Standby Support Force (RSSF) for allegedly showing support to Duterte on Facebook. Police vowed to be non-partisan before the election period.

But Marquez said it had happened in the past administrations that the president bypassed senior officials.

“It still depends on the prerogative of the president. That’s an accepted fact,” he said. IDL