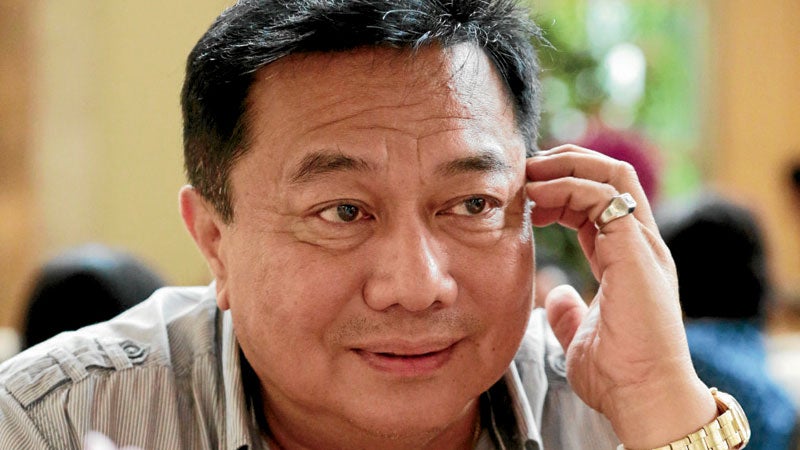 MOVE over, Mr. Speaker, there’s a new kid in town.

At a minimum, Davao del Norte Rep. Pantaleon “Bebot” Alvarez—presumptive President-elect Rodrigo Duterte’s choice for Speaker—can count on 180 votes in the looming showdown for leadership of the incoming 17th Congress.

That is more than enough to wrest the speakership of the 290-member House of Representatives from Speaker Feliciano Belmonte Jr.

Belmonte is a stalwart of the Liberal Party (LP), the outgoing ruling party, while Alvarez belongs to PDP-Laban, the party of Duterte, and is one of three party members elected to the House on May 9.

“Conservatively, I have 180 congressmen on my side,” Alvarez told the Inquirer in an interview.

“I think this is over,” he added. Alvarez last served in Congress from May 1998 to January 2001 before joining President Gloria Macapagal-Arroyo’s Cabinet as transportation secretary.

Belmonte, on his last term and facing possibly the most serious challenge to his leadership, maintains he has enough support on the ground.

“We have enough on our side,” he texted the Inquirer.

Alvarez claimed he had the support of the Nationalist People’s Coalition (NPC), the second largest party after the LP, and the National Unity Party (NUP).

On Monday, the Nacionalista Party (NP) of former Sen. Manuel Villar forged a coalition with PDP-Laban as part of the “super majority” Duterte’s camp had envisioned for their allies in the House.

The NP will have “no less than 50” members, including returnees, in the lower chamber, while the NPC should have at least 80, including the rookies, Alvarez said.

Alvarez said LP members interested in joining the coalition were also talking to him, but he would not say how many or who.

There are more than 100 LP members, a third of the House membership, who comprise the bulk of Belmonte’s support.

“I have talked to a lot of LPs and many of them are interested,” Alvarez said.

He said it was Belmonte’s right to try and maintain his hold on the speakership.

“But, you know, we have to be realistic. This is another administration. Unfortunately, he is not a part of it.”

“The speakership is an administration game. You’re dreaming if you think you can still win the post when [your presidential candidate] lost,” he said.