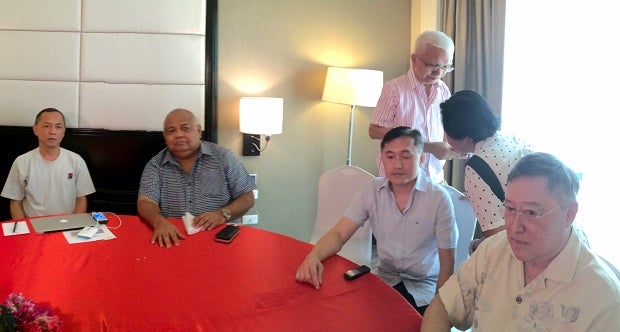 DAVAO CITY – Presumptive President Rodrigo Duterte disclosed on Monday the names of several people who, he said, could help him run the government for the next six years.

Contrary to expectations that the position of executive secretary would go to his trusted aide, Christopher Lawrence Go, Duterte told reporters here that he had chosen lawyer Salvador Medialdea, a member of his transition committee.

Medialdea was the one who filed his certificate of candidacy (COC) for president.

Duterte said lawyer Salvador Panelo would take charge of the press as his spokesperson.

For education secretary, Duterte said he has chosen Peter Laurel, president of the Lyceum of the Philippines University. Laurel’s father is former Senator Sotero Laurel, a brother of former Vice President Salvador Laurel.

Duterte said he offered the position of finance secretary to his childhood friend and class valedictorian, Carlos “Sonny” Dominguez III. Dominguez served as agriculture secretary under President Cory Aquino and also served during the presidency of Fidel V. Ramos. 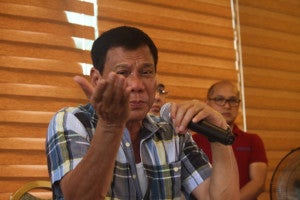 Duterte said he a offered the position of secretary of justice or foreign affairs to his running mate, Senator Alan Peter Cayetano but he can assume either position after the one-year ban on the appointment of losing candidates.

Duterte said he has asked former Securities and Exchange Commission (SEC) chair Perfecto Yasay to assume the DFA post in an acting capacity for a year. But according to Duterte, Yasay has informed him he is currently handling classes in a US university.  SFM/rga