5 die as 2 motorcycles collide in Isabela 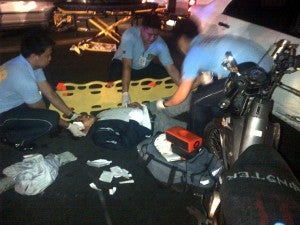 Thousands have died or have been injured in motorcycle crashes throughout the country in the past years as more commuters resort to motorbikes to get to work.  FILE PHOTO

ALICIA, Isabela — Five people died in a motorcycle collision at 5:30 p.m. along the national highway in Barangay Burgos here, on Sunday (May 15), according to a belated police report on Monday.

The four men were construction workers, while Abuan was a domestic helper. Their motorcycles crashed into each other along the northbound lane.

Four of them died instantly from multiple injuries, while Landicho, died while being treated at the Manango Hospital.  SFM