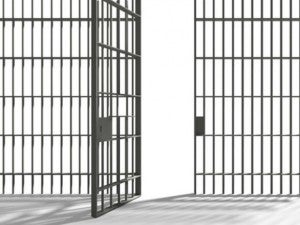 ZAMBOANGA CITY – Three detainees escaped from the city jail Monday dawn as a fire was taking place at the main commercial district here.

But Supt. Luisito Magnaye, the city police director, said he had ordered an investigation and demanded full explanation from his men on how the detainees managed to slip out of their cells.

“We are taking this seriously and they have to explain to me why three detainees were able to leave the police station unnoticed. I know many of them were on alert due to the big fire nearby but there were supposed to be personnel on duty (at the jail),” Magnaye said.

Chief Inspector Helen Galvez, the information officer of the city police, identified the escaped detainees as Fahad Arip, 34, who was facing charges of theft; John Zivas Ferrer Lim, who has been charged with robbery and homicide; and Arby Aquicesca, a suspected thief.  SFM 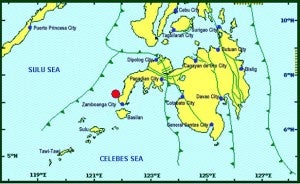 Read Next
Duterte warns taxi drivers: Not giving change is extortion
EDITORS' PICK
Look Through: Super Typhoon Karding barrels through parts of Philippines
Motorcycles, smartphones, and cash prizes up for grabs in TNT’s ‘Tuloy Ang Saya’ Raffle in Mindanao
Do all the things you do, faster
POGOs not linked to Illegal online gaming, says Pagcor
House energy committee chair Arroyo bats for cheap electricity
Metro Manila now at moderate risk for COVID-19 — DOH
MOST READ
Robredo supporter tackles elephant in room: No massive fraud in 2022 polls, surveys were just right
Comelec invalidates win of sitting governor in Negros Oriental
DepEd: We are in a crisis situation in education sector
Lives destroyed as armyworms invade Philippine ‘onion capital’
Don't miss out on the latest news and information.