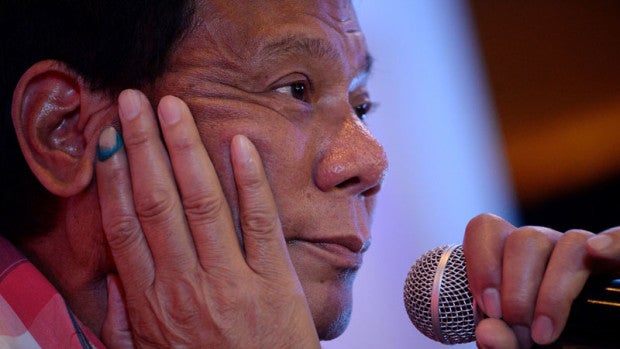 The Catholic Bishops’ Conference of the Philippines (CBCP) on Monday wished presumptive President Rodrigo Duterte good luck as the public awaits the implementation of his promises and plans for the country.

“We wish him good luck because he was trying to make a new beginning and we should give him room for what can be done,” Cagayan De Oro Archbishop Antonio Ledesma said over Radyo Veritas.

Ledesma, chairman of CBCP’s Episcopal Commission on Mutual Relations, also said that local government units should be in charge of or at least consulted in the implementation of the nationwide liquor ban and no smoking policy of the incoming Duterte administration.

He said Duterte should always refer to the Philippine Constitution for guidance.

“He should also implement the rule of law, peace and order but it should always be done by consultation according to the constitutional rights of people also. Again, we hope that he will continue to build a program with the rule of law,” Ledesma said.

Duterte’s camp earlier said that the outgoing mayor plans to implement a nationwide curfew for minors and a liquor ban in public places, which is already being implemented in Davao City.

Davao City also has a no smoking policy in public places.

The CBCP cited data from the Philippines Statistics Authority that 17.3 million or 28 percent of Filipinos 15 years old and up are smokers. JE/rga