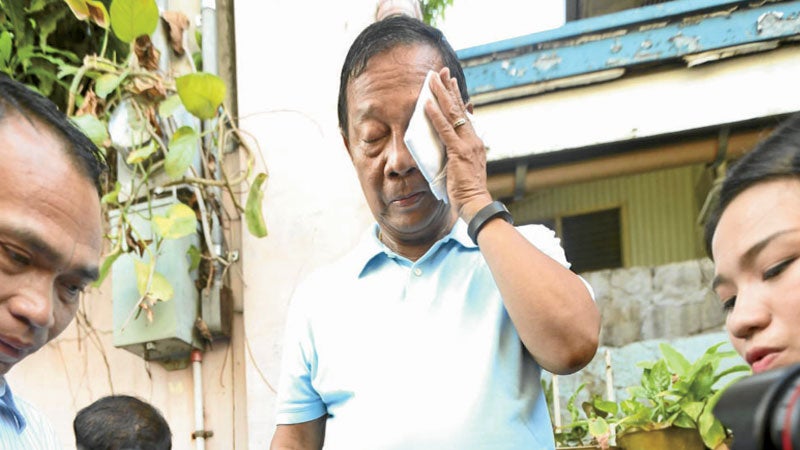 VICE PRESIDENT Jejomar Binay may have lost his bid for the presidency but his family’s recapture of Makati City Hall means he remains to be a political force in the country, according to his erstwhile ally former Sen. Aquilino Pimentel Jr.

Binay placed fourth in the presidential race based on the unofficial count of the Parish Pastoral Council for Responsible Voting.

His daughter, former Makati Rep. Abigail Binay, won the mayoral race over Palace-backed Kid Peña, who served as acting mayor of the city for a year since the suspension and eventual dismissal from office of Jejomar Erwin Binay over corruption charges.

Abigail Binay’s win reestablished her family’s foothold in City Hall and the city itself, after her husband, Luis Campos, became her successor in the House.

Pimentel, who broke ties with Binay during the height of the Senate investigation of corruption allegations against the Vice President, said the accusations should be dealt with frontally.

He said that Binay’s general answer to the accusations against him as nothing more than politics was one of the major factors for his “downfall.”

So is Binay’s political career over?

“Dreams never die,” Pimentel said in a phone interview. “Considering he has established his control of Makati, at least in that level, he will still be a force to reckon with.”

“I think for Binay himself, I doubt there will be a second act on the national level. But his family, and protégé daughter like Abby, will remain a force in Philippine politics,” Heydarian told the Inquirer, when asked if the Vice President could be considered politically dead after his devastating loss in the presidential race.

Heydarian pointed out that Binay’s immunity from suit would expire after he steps down from office on June 30 and thus, he would be “vulnerable to imprisonment on grounds of corruption.”

The Ombudsman has found Binay, like his son,  criminally liable for the overpricing of Makati City Hall Building II on his watch.

Heydarian said it was still unclear if the incoming Duterte administration would pursue charges against Binay.

“In fact, toward the end of the race, we saw a more cordial interaction between Duterte and Binay. It’s possible that Duterte may prefer to push for national unity rather than divisive litigation against former high level officials. But it’s also possible that Binay may end up as the primary example of Duterte’s clean governance motto,” Heydarian said.