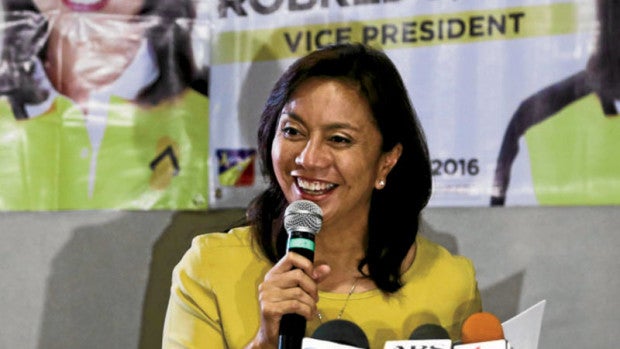 Camarines Sur Rep. Leni Robredo on Thursday cemented her lead over Sen. Ferdinand “Bongbong” Marcos Jr. in the vice presidential election, with votes from the Visayas and Mindanao propelling her to the head of the race, according to data from the Parish Pastoral Council for Responsible Voting (PPCRV).

As of Thursday afternoon, Robredo, the administration’s candidate, was leading Marcos, son of the late dictator Ferdinand Marcos, by more than 216,000 votes.

Data collated by the PPCRV and appearing on an interactive map on the group’s website, showed where Robredo’s votes were coming from.

In the overall number of votes, Marcos took Luzon because of his support from the northern provinces perceived to be loyal to his family, as well as from Metro Manila.

Marcos polled 9,889,484 votes in Luzon, while Robredo garnered 7,258,208 votes with 98.81 percent of the vote-counting machines transmitting results as of Wednesday.

Robredo won in southern Luzon, which includes the Bicol region where she hails from, but her votes there were not enough to overtake Marcos’ numbers in the whole of Luzon.

But when the votes from the Visayas came in, Robredo upset Marcos, eventually gaining a lead of more than 2 million votes over the senator.

She took Western and Central Visayas, which includes vote-rich Cebu, as well as the Negros Island Region. Eastern Visayas went for Marcos.

Mindanao also gave Robredo an advantage because not only did she top the voting there but also because Marcos ranked only third on the island in number of votes.

Robredo had polled 2,674,998 votes in Mindanao as of Wednesday, with 92.39 percent of voting machines transmitting. She topped the voting in the Autonomous Region in Muslim Mindanao, Zamboanga Peninsula, Northern Mindanao and Caraga region.

Marcos was third in Mindanao with 2,210,787 votes. He topped the voting in the Soccsksargen region.

Sen. Alan Peter Cayetano, running mate of presumptive President-elect Rodrigo Duterte, was second in Mindanao with 2,511,061 votes. He topped the vote in the Davao region.