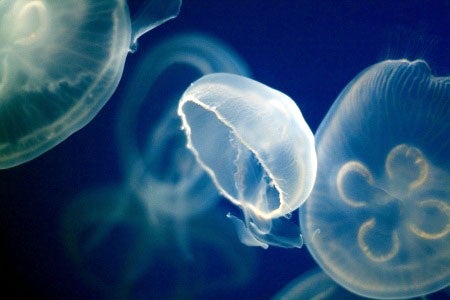 Some species of jellyfish are edible and are popular appetizers in China.

BEIJING, China — A ton of man-made “jellyfish” has been seized by China’s police, adding a new ingredient to the country’s long recipe of fake foods.

The marine animal is a popular appetizer in China, known for its crisp but fleshy texture, often shredded and pickled in salt, vinegar and a little sugar.

Fake “jellyfish”, made from chemicals, was first found at a food market in Huzhou, in the coastal province of Zhejiang, the local government said on its website.

They had a high aluminum content, long term consumption of which can damage bones and nerves, and lead to memory loss and mental decline.

China is prone to food safety scandals as businesses, sometimes in collusion with corrupt officials, often ignore standards and regulations in pursuit of profit.

The vendors’ suppliers in neighboring Jiangsu sold more than 10 tons before being caught, and between them the two gangs raked in over 170,000 yuan ($26,000), the local government said.

A total of six suspects were detained in two raids and police were investigating further, it added.

In 2008, several infants died and thousands fell ill because of baby milk powder tainted by a chemical additive.

Two dairy farmers were executed over the case. But Chinese media reports said in 2014 that many of the officials who were demoted, sacked or resigned over the scandal, including the then head of the national food and drug safety watchdog Li Changjiang, had subsequently been given other government jobs or even promoted.