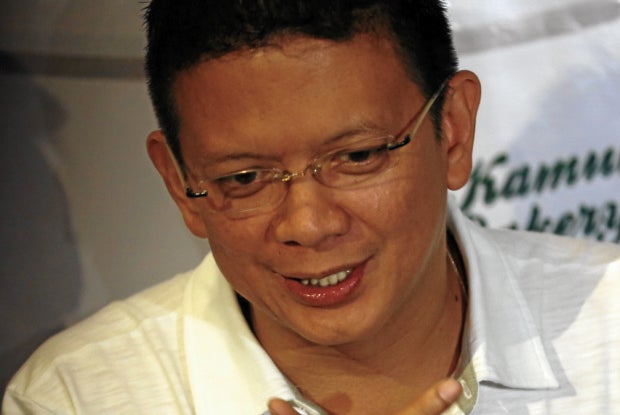 As of the latest count, Escudero was fourth in the unofficial Comelec Transparency Server count, trailing Rep. Leni Robredo and Sen. Bongbong Marcos, who are in a tight race for the top post, and Sen. Alan Peter Cayetano.

The initial voting turnout saw Escudero a distant third, before falling to fourth.

It was an unfortunate run for the two-term senator who was pegged as the frontrunner for the vice presidential race early on.

But as the campaign season went, he slowly fell behind Robredo and Marcos in surveys.

Losing is an unfamiliar territory for Escudero.

The former Sorsogon first district representative was always among the frontrunners whenever he took the jump, placing second in 2007 and fourth in 2013 in those years’ senatorial races.

His influence was also evident, as shown by the victories of President Noynoy Aquino and Vice President Jejomar Binay, candidates Escudero endorsed, during the 2010 presidential elections.

This time, however, he could not win the battle.