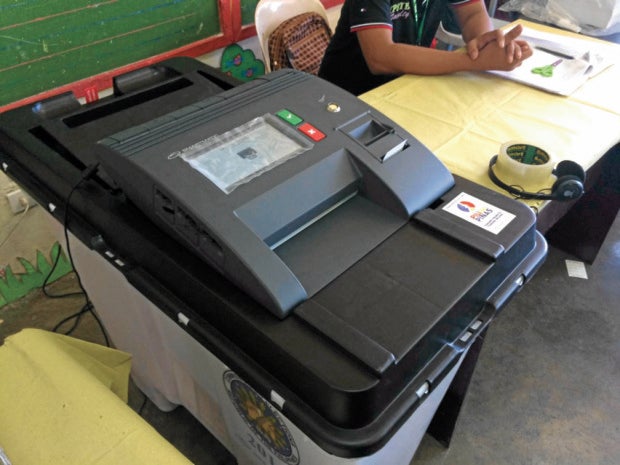 A VCM stops working in the middle of the voting process in Clustered Precinct 56 at teh Sta. Teresa Elementary School in Taguig City. Voters are complaining of long lines as they wait for the faulty VCM to be replaced by a new one.  ALANAH TORRALBA

Lawyer Karen Jimeno, Smartmatic’s head for voters’ education, said the number of machines replaced represented 0.15 percent of the total VCMs deployed in the country, which numbered 92,509.

Jimeno said the Commission on Elections had prepared 5,000 replacement VCMs.

They also recorded support calls for only 2,363 VCMs this year.

Voting period in precincts in the country was extended by the Comelec in polling places which started voting at 9 a.m. or later due to problems encountered with the VCMs./rga