Escudero leaves everything up to God

SORSOGON, Philippines – Whatever the result of the elections are, independent vice presidential candidate Senator Francis “Chiz” Escudero can take solace on the fact that he did all he could to convince the voters to go for him.

(What we did was enough. We did all we could to make sure that the elections will be clean and peaceful.

Hopefully, we’re all allies in making sure that the elections are clean and credible.)

READ: Chiz, Heart are early birds in school with only 3 precincts

Escudero also urged his fellow candidates to respect the election turnout, regardless if they win or lose.

(Whatever the decision is of our compatriots, all of us candidates should accept it because in a democracy, we have to follow the will of the masses. We should remember that on this day, we are all equals. We should respect the day and use the power and the right to choose who we elect.)

When pressed for his prayer on the ongoing elections, Escudero could only say, “Thy will be done.”

His wife Heart Evangelista echoed him, saying, “At the end of the day, whatever God gives, we’ll be happy, really, truly and sincerely.” CDG 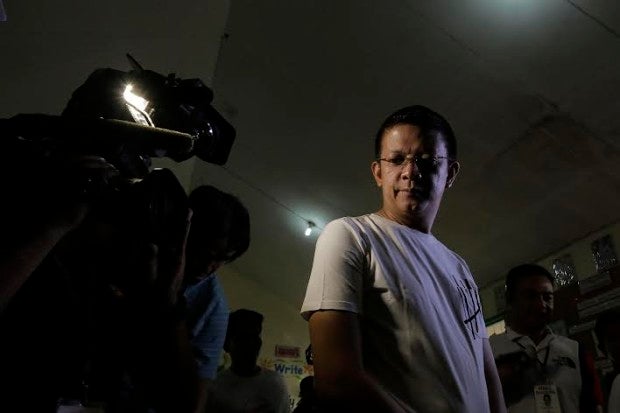