Election 2016: Agenda of the Samar governor 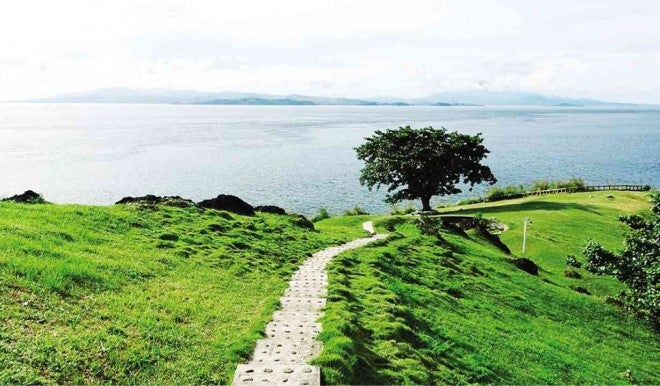 The INQUIRER is coming out today with the last of its series on pressing people’s concerns that should be high on the agenda of candidates for representative, governor or mayor in the May 9 elections. The series should help voters in the provinces choose their leaders wisely. In line with our “ThINQ. Vote.” advocacy, we have asked candidates in certain provinces, cities and congressional districts to outline their concrete plans of action in dealing with specific issues in their areas. Interviews by Joey A. Gabieta

Samar is one of the three provinces on Samar Island. It became a separate province on June 21, 1969, when the island was divided into three—Samar, Northern Samar and Eastern Samar.

The province, connected to Leyte province by the San Juanico Bridge, is bounded on the north by Northern Samar, Eastern Samar on the east, Leyte Gulf on the south and Samar Sea on the west.

Samar is home to one of Asia’s biggest karst caves, the Lagon-Gobingub Cave in Calbiga town. It produced Eastern Visayas’ last senator—Decoroso Rosales—in the 1950s.

14TH POOREST. With a staggering poverty incidence of 49.5 percent, Samar is the country’s 14th poorest province. Majority of the people depend on agriculture and fishing, which sustained heavy damage during Supertyphoon “Yolanda” (international name: Haiyan). How will you address poverty if elected governor?

AREA OF CONCERN. The province has been perennially included in the list of the country’s areas of concern during elections due to, among others, presence of private armed groups and the New People’s Army rebels and intense political rivalries. How would you address the problem of peace and order?

NO MEDICAL FACILITIES. Samar has one of the worst services when it comes to health and medical needs. It lacks health facilities, especially in remote areas. Those needing medical treatment have to travel all the way to Tacloban City in Leyte or even outside Eastern Visayas. How do you intend to improve the health services of Samar?

Read Next
Election 2016: Agenda of the Leyte governor
EDITORS' PICK
PH logs 665 new COVID-19 cases, lowest since July 2020
Gov’t eyeing COVID-19 vaccine booster for essential workers, indigents by Dec. 10
Villar Group gears up for AllValue Shopping Party on Dec. 3; around P 1-million promos and discounts up for grabs
Omicron poses ‘very high’ global risk, countries must prepare–WHO
A delightful blessing!
Legarda: Ending Violence Against Women, a cause for all
MOST READ
Quiboloy warns of ‘much worse than Omicron virus’ if his ‘persecution’ is not stopped
Bongbong Marcos’ conviction in tax case not a crime involving moral turpitude — lawyer
Omicron poses ‘very high’ global risk, countries must prepare–WHO
Marcoleta defends pol ads on ABS-CBN
Don't miss out on the latest news and information.