Miriam Santiago: ‘Daang matuwid’ is the ultimate frustration of Filipinos 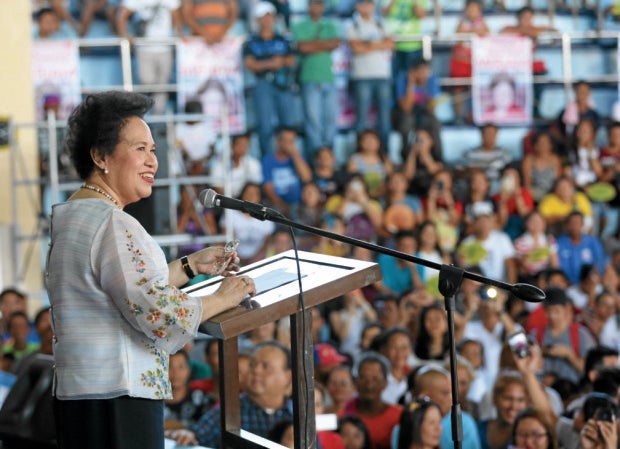 With a few days to the 2016 elections, presidential aspirant Sen. Miriam Defensor- Santiago lashed out at the Aquino administration for the first time in her campaign.

“The righteous path that the administration has campaigned on in 2010 turned out to be the ultimate frustration of the Filipino people,” she told the crowd of mostly students and faculty at the University of Santo Tomas on Thursday.

(They promised us the straight path. How straight [straight could that be] if there’s heavy traffic leading to UST.)

“The administration has failed to implement many reforms to curb corruption. These include the Freedom of Information Bill or Law, which I strongly supported in the Senate, and the Anti-Premature Campaigning Law,” she added.

In an interview with reporters after her speech, she accused the administration in manipulating the results of commercial surveys.

(Bongbong has been number one in the vice presidential surveys for a long time. Now that the elections are near, he’s overtaken by the administration candidate.)

“Kaya ang mga minds ng ating botante [That’s why the minds of our voters] have been manipulated by these commercial surveys may be paid in hard cash,” she added. TVJ