For BPO employees, problem is not who to vote for–but how | Inquirer News

For BPO employees, problem is not who to vote for–but how 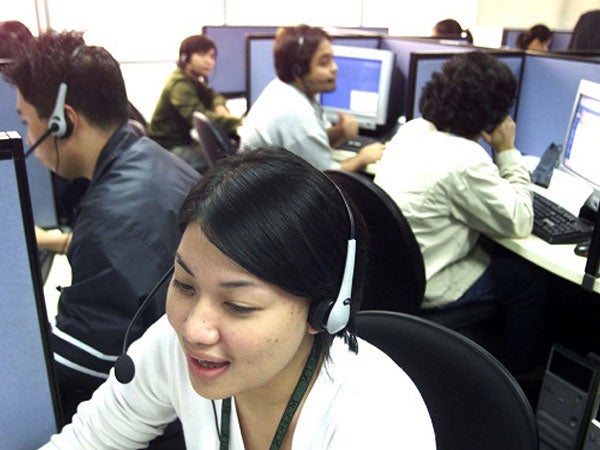 On May 9, Monday, 54.6 million registered Filipino voters will choose new leaders who will take the lead in turning  the Philippines into a better, more progressive nation.

But while everyone will be busy choosing which circle on the ballot to shade, Joshua Dela Cruz, who works for a business process outsourcing (BPO) company in Makati City, is more worried about how he will be able to vote in his registered precinct in Dagupan City, Pangasinan province, a good five hours away from the Metro.

“Though I badly want to vote, I’m still having second thoughts,” said the 22-year-old call center agent, who declined to name his company due to a confidentiality agreement.

Like many BPO employees who serve international clients and operate under different timezones, Dela Cruz works the night shift from 9 p.m. to 6 a.m, sometimes even later due to sudden mandated overtimes.

“It will be so much stressful and inconvenient if I’ll go to the province. Just imagining the travel time and the long queues I’ll be going through, it’s not possible for me to go back to work the same night,” he said.

BPOs still ‘fully operational’ on May 9

President Aquino, through Proclamation No. 1254, has declared May 9 a special nonworking holiday to allow Filipinos to vote. Still, some BPO companies will be fully operational on election day to meet the demands of an industry that–literally–never sleeps.

Of course, extra pay is expected for those who will report for work.

John Christopher Sexon, an account manager with Microsourcing Philippines, said employees working on a holiday are paid premium should they work on holidays: an additional 30 percent for special nonworking holidays and 50 percent for regular holidays, as mandated by the Labor Code of the Philippines.

Other benefits beyond overtime pay, however, differ between companies. Some extra perks for employees not always available include letting employees work from home and giving them a flexible schedule on holidays depending on their job functions.

“Due to the time difference, and especially the difference in culture, 99 percent of the time, a middle line is drawn where both parties involved will have end up having a fair deal,” Sexon said. “As an example, the account (local or international client) will respect the [Philippine] holiday but will require their employees to make up for it in the future.”

In the case of May 9,  Sexon said there were no specific announcements yet on how the company will let its employees vote while remaining operational.

“Since the election is a special instance, I assume that management has already put into place some consideration for employees who opt to vote instead of coming to work. These could be allowing them to report in late for that day, or even go on half day,” he said.

Charmaine Cayabyab, a research associate in the same company, is one such employee waiting for an announcement.

While she waits, however, she can’t help but hope that the Commission on Elections (Comelec) will in the future allow more clusters of Filipino workers to apply as local absentee voters.

“They should consider medical professionals and even us (BPO employees), since our jobs are so demanding,” she said. Going on leave, for example, is hardly an option for the estimated 1.2 million call center agents, she added.

According to Executive Order No. 157, only government employees, media men and members of the Philippine National Police and Armed Forces of the Philippines are allowed to apply as local absentee voters, in consideration of their duties to the public during the mandated government holiday.

This election season, local absentee voters were able to cast their votes from April 27 to 29.

Cayabyab said that until they are allowed to register for local absentee voting, she could not blame some of her colleagues if the additional holiday pay would be more meaningful to them than voting. It would be a “double comfort” for them: They’d earn more to support their families and, at the same time, not experience the long voting queues and having to commute back and forth from their provinces.

“Imagine the population of call center agents and other BPO functions. They are a good number [and can] make an impact on the election results,” Cayabyab said. “We can not only change the numbers, but [us voting] might be a step forward to having a better country.”

(Disclaimer: Joshua Dela Cruz is also a member of the Inquirer Volunteer Corps.)

Read Next
Cristina Corona quotes husband: Vote for leader who will uphold democracy
EDITORS' PICK
Bongbong Marcos says PH ‘open for business’ with new Clark Airport terminal
Individuals affected by ‘Karding’ now over 157,000
Newbie gamers are in for a treat with the power-packed feature of vivo Y16
Karding damage to infrastructure at P23M
House energy committee chair Arroyo bats for cheap electricity
Reignite your passion with the vivo Y35
MOST READ
Angelica Panganiban ‘duguan, sugatang mom’ one week into breastfeeding
LPA enters PAR, may develop into tropical depression
Badoy not with Office of the President, NTF-Elcac, under Marcos admin — solon
Charges readied vs gov’t guard with P290-M deposits
Don't miss out on the latest news and information.