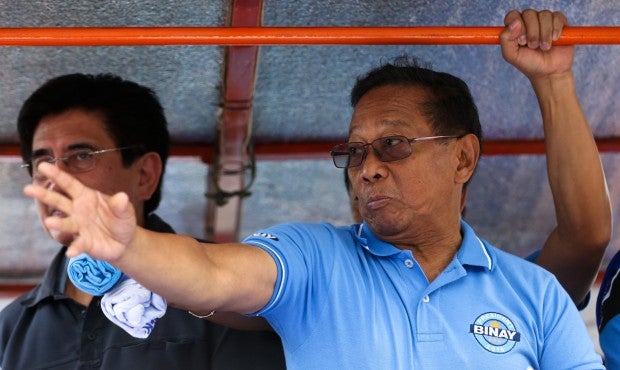 Vice President Jejomar Binay on Wednesday vowed to the residents of his home province Isabela that they would be seeing an Ibanag as the country’s next president.

In his campaign speech sent by Binay’s office, Binay appealed to the 10,000 supporters who attended his rally in Cauayan to vote for him so that Isabela would have a president to be proud of.

(We haven’t had a president from Isabela. But what’s important is you wouldn’t be ashamed of me if you vote for me.)

Binay traces his roots to Isabela through his mother Lourdes Cabauatan, who was born in Cabagan, Isabela. Binay had always claimed to be an Ibanag.

(We are friends. Politics won’t ruin the friendship between Gov. Dy and me. Let us just wait for the results [of elections] here in Isabela.)

Binay vowed to make Isabela more accessible by extending the North Luzon Expressway and upgrading the facilities of the Cauayan airport.