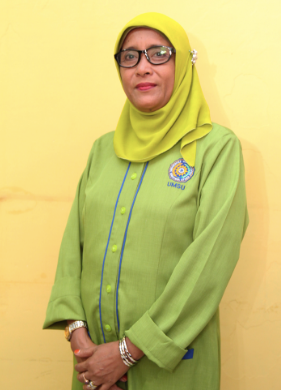 A college student in Jakarta, Indonesia, is under police custody after killing his professor last Monday (May 2), over a squabble with his thesis.

A report by Kompas said faculty members and students of the North Sumatra Muhammadiyah University (UMSU), were startled upon hearing the screams of their 57-year-old lecturer, Dr. Hj Noreen Lubis, inside Building B of the campus.

University officials told authorities that the student, identified as Rormardo Sah Siregar, 21, was seen earlier having a conversation with his teacher about his thesis.

The discussion soon turned into a heated argument, prompting Lubis to storm out of the classroom and head for the bathroom.

Apparently peeved and angry, Siregar waited for Lubis outside the door and slashed her neck with a knife as she was about to come out, the report said.

Siregar then locked himself inside the bathroom, after an angry mob of faculty and students formed outside the crime scene.

He reportedly stayed inside until authorities came and took him into custody.

Meanwhile, Lubis’ grieving loved ones described her as a friendly and faithful person, while students lauded her for serving as a ‘motherly figure’ on campus.

Her younger brother, Muhammad Zein Lubis, criticized the university’s lackluster security measures which he believed should be tightened, to prevent a similar incident in the future.

“My family hopes the perpetrator will be punished by law, and given the harshest punishment,” he added.

UMSU officials also released a statement on their website, saying that it would set two days of mourning on Tuesday and Wednesday, to pay their respects to Lubis’ passing.

“The director and the entire academic community of UMSU expresses deep sorrow over this tragedy. As a form of grief, all the activities of lecturing and administration from campus will be suspended for two days as a day of mourning,” it wrote. Khristian Ibarrola