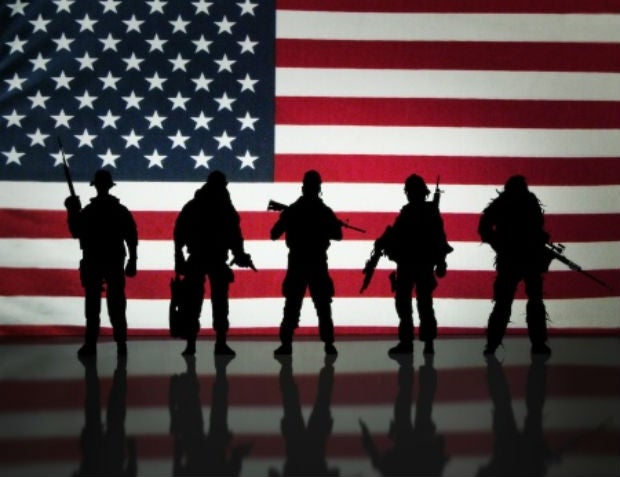 BAGHDAD, Iraq — The Islamic State of Iraq and Syria (ISIS) broke through Kurdish defenses in northern Iraq on Tuesday and killed a US Navy SEAL deployed as part of the US-led coalition against the jihadists.

The attack came as the United Nations said that fighting with ISIS in northern Iraq could displace another 30,000 people, adding to millions who have already fled their homes.

And in Baghdad, throngs of Shiite pilgrims braved the threat of bombings by ISIS, which have killed dozens of people in recent days, to take part in a major annual religious commemoration.

The sailor from the special operations force was at least the third coalition member killed by enemy fire in Iraq since ISIS overran swathes of the country in 2014.

President Barack Obama hailed the 2011 withdrawal of American troops from Iraq as a major accomplishment of his presidency, but US forces have been drawn back into combat in the country against ISIS.

A US defense official said the US SEAL’s death was the result of “an orchestrated attack”.

A coalition military official said the American was killed at 9:30 am (0630 GMT) by “direct fire” after “enemy forces penetrated” the peshmerga line.

The SEAL was a member of a “small team” that was present at a peshmerga encampment behind the original front line during the ISIS attack, which involved explosives-rigged vehicles, bulldozers and infantry, the official said.

“They fought, but they’re a small number and they’re not supposed to be in direct contact,” and they departed by American helicopter after the SEAL was shot, according to the official.

Kurdish forces are deployed in Nineveh province, whose capital Mosul is ISIS’s main hub in the country.

ISIS attacked the peshmerga in multiple areas of northern Iraq on Tuesday in an attempt to “thwart the plan to liberate Mosul”, said Jabbar Yawar, the secretary general of the autonomous Kurdish region’s peshmerga ministry.

Tal Asquf is a small Christian town whose population fled in 2014. According to the Kurdistan Region Security Council, the town was “completely cleared” of ISIS fighters later Tuesday.

The United States announced last month that it was deploying additional forces to Iraq, bringing the official total to more than 4,000.

Boots on the ground

The coalition is carrying out daily air strikes against ISIS, and while most American forces on the ground in Iraq play advisory and support roles, Washington has also deployed special forces to carry out raids against ISIS, and US Marines to provide artillery support.

Two US military personnel had already been killed by the jihadists in Iraq: an American Marine by rocket fire in March and a special forces soldier who died of wounds received during a raid last October.

Obama repeatedly pledged that there would be no “boots on the ground” to combat ISIS, but the administration has since sought to define the term as meaning something other than American forces being on the ground and in combat.

“They are wearing boots, and they are on the ground, but that… doesn’t mean that they are in large-scale ground combat,” State Department spokesman John Kirby recently told journalists.

As Kurdish forces and the jihadists clashed on Tuesday, the United Nations expressed concern that “as many as 30,000 newly displaced individuals” could arrive in Makhmur southeast of Mosul, fleeing fighting in the area.

In Baghdad, tens of thousands of pilgrims converged on a shrine to mourn the death of Imam Musa Kadhim, the seventh of 12 imams revered in Shiite Islam, who was killed in 799 AD.

A shrine official said that “millions” had taken part in commemorations in recent days, despite ISIS-claimed bombings targeting the pilgrims that have killed at least 37 people in the past week.