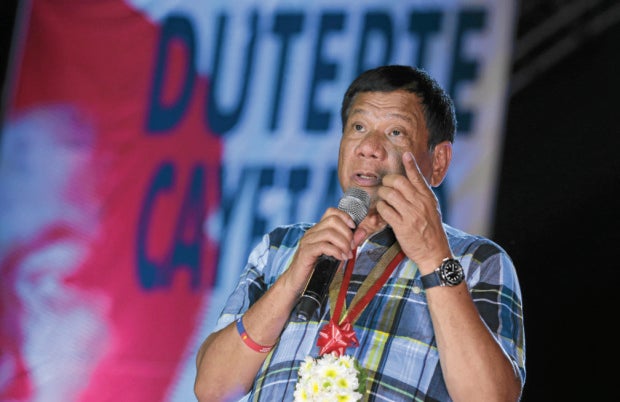 The result of the latest ABS-CBN sponsored poll reported late Tuesday night showed Duterte maintaining a rating of 33 percent, putting him ahead of Roxas who garnered 22 percent and Poe who got 21 percent.

Roxas’ latest rating was an increase of two percentage points from his previous Pulse survey to remain statistically tied with Poe, who was down one point from her previous rating.

Robredo who garnered 30 percent has two percentage points lead over Marcos (28 percent) in the survey, but they were statistically tied.