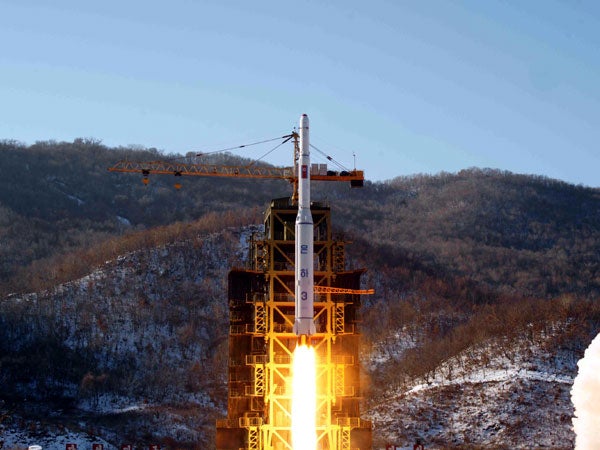 South Korean Defense Minister Han Min-koo said Tuesday that the military is on alert based on the belief that the North might carry out another nuclear test to decorate its leader Kim Jong-un ahead of its ruling party congress later this week.

There has been speculation that Pyongyang may conduct a nuclear test ahead of its ruling Workers’ Party of Korea congress on Friday. Han said that it has been confirmed that the North currently has 40 kilograms of plutonium.

“The military is using all resources and cooperation of our allies to counter North Korea’s nuclear threats,” he said.

But Han added that there is no evidence to believe that the North has already succeeded in miniaturising nuclear warheads. Making small enough warheads — conventionally under 1 ton — to mount onto a ballistic missile is a critical step toward acquiring nuclear capacity.

The minister reiterated his stance that Pyongyang’s nuclear testing on January 6 — which sparked powerful international sanctions — is unlikely to have been a hydrogen bomb test as the communist country has claimed.

He said based on the magnitude of the detonation, it is possible that the bomb could have been a boosted fission weapon, which is more efficient that a conventional nuclear weapon. Experts like Karl Dewey of the UK-based IHS Jane’s also said that there is a possibility that the North’s device is a boosted weapon.

In a pre-released parliamentary report, the Defense Ministry said that “strategic provocation” by the North can also involve firing ballistic missiles.

In an unprecedented move, the North fired its Musudan intermediate-range ballistic missile three times in the past month, all of which appear to have ended in a failure. It also fired its KN-11 submarine-launched ballistic missile on April 23, which some experts say was a partial success in that it demonstrated a successful underwater cold launch.

“In reaction to our (South Korean) media’s reports on ‘failed missile launches,’ the North has been clinging to regain credibility for its ballistic missile programmes,” the ministry said.

It also said there is a possibility of spontaneous clashes near the Northern Limit Line, the de facto sea border between the Koreas.

While the ministry has assessed that North Korea could use the SLBM within the next three or four years, Han said concentrating the state’s effort may speed up the process.

“I don’t believe we have ample amount of time (to counter the SLBM threats),” said Han, adding that the April 23 launch demonstrated some accomplishments in terms of ejection, ignition and initial flight of the missile.

The military has been touting the potential deployment of the US Terminal High Altitude Area Defense system here as an effective measure against the North’s ballistic missile threats, along with its own Korea Air and Missile Defense and the “Kill Chain” missile defense system slated to be established in around the early 2020s.

Han refrained from presenting a timeline on negotiations for stationing THAAD here, but assured the parliament that the U.S. will shoulder the cost of the deployment.

The minister’s parliamentary report also pointed out that the North has been concentrating its efforts in preparation for Friday’s party congress, which marks the first one in 36 years. It also noted that the combined pressure of the UN sanctions and preparation for the event has sparked North Korean citizens’ complaints toward the Kim regime.