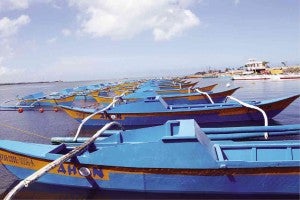 MANILA — Families left homeless by Supertyphoon “Yolanda” (international name: Haiyan) on Bantayan Island in Cebu province can now sleep soundly after the Philippine Red Cross (PRC) turned over on Sunday more than 1,900 shelters built by the humanitarian organization and its partners.

In November 2013, Bantayan Island was among the worst-hit areas in Cebu when Yolanda wreaked havoc, leaving 41,000 residents homeless and 90 percent of the houses without its roofs.

Under the PRC’s Typhoon Haiyan Recovery program, in partnership with the German Red Cross, more than 1,900 shelters were turned over on Labor Day to the municipalities of Madridejos and Bantayan.

“With this housing project for the residents of Bantayan Island, the PRC and German Red Cross were able to provide not just a place to live in for the families that have been affected by Yolanda, but more importantly we were able to give them back their dignity and help them start anew after their horrifying ordeal,” PRC Chair Richard Gordon said in a statement.

Apart from the shelters that have been distributed, another 500 houses are being built by the PRC on the island. To date, the PRC and its allied organizations have built a total of 7,772 houses for Yolanda-affected communities in Cebu province.

Overall, more than 73,000 houses have already been built and distributed by the PRC and its partners in typhoon-ravaged areas in Aklan, Antique, Capiz, Cebu, Iloilo, Leyte, Palawan, and Eastern and Western Samar.

Apart from the shelter program, the PRC has also given livelihood assistance to more than 8,300 households, rehabilitated and reconstructed five health facilities as well as water and sanitation facilities in seven schools in Cebu province.  SFM/rga