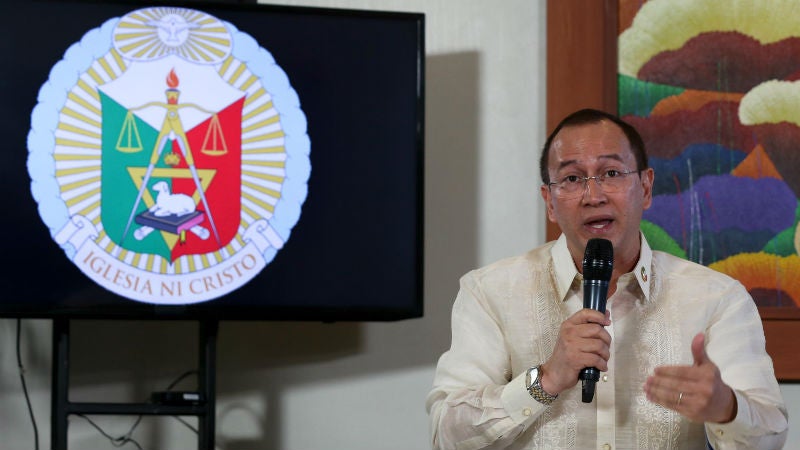 The letter, purportedly signed by INC executive minister Eduardo Manalo and marked with the INC logo, began circulating online a few hours after President Aquino made an unscheduled visit to Manalo.

INC spokesperson Edwil Zabala said the letter did not come from their executive minister. Inquirer.net sent Zabala a copy of the document.

“The moment we identify the person/s responsible for this fraudulent ‘letter’ containing the forged signature of Bro. Eduardo Manalo, we will charge them in court,” Zabala told Inquirer.net.

A member of Duterte’s camp forwarded to reporters a photo of the document, dated May 2, via instant messaging.

“Through this letter, I am announcing that our organization is endorsing Rodrigo Roa Duterte,” the letter quoted Manalo as saying in Filipino.

“We’ve seen that Rodrigo Duterte is  a good example, God-fearing  and a spring of hope for our countrymen,” it added.

Duterte, Vice President Jejomar Binay, Sen. Grace Poe and Sen. Miriam Defensor Santiago also met with INC officials in the hopes of clinching the endorsement of the group, whose voters are estimated to reach 1.7 million this year.

Zabala said INC members would be the first to know once the INC leadership announced its choices for the May 9 elections.

He said the announcement would  be “very near (election) day itself.”