Nuns all over PH pray for divine intervention 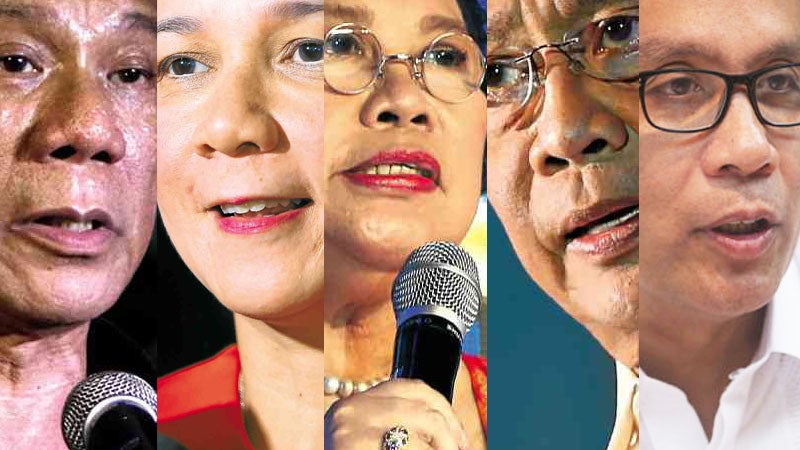 DESPERATELY seeking divine intervention, Catholic Church parishes, religious congregations and various groups are turning to prayer and fasting in the run-up to the national elections on May 9.

Given the muck, mud, slime and scum being thrown about during the election campaign, given the quality of candidates lording it over at the hustings and regaling crowds with pies in the sky and inappropriate  jokes,  these are desperate times indeed.

On May 1, the Catholic Bishops’ Conference of the Philippines (CBCP) president, Socrates Villegas, issued a “pastoral appeal” titled “Prophets of Truth, Servants of Unity” that urged voters to “discern (their) choices.”

“In this novena of rosaries and Masses, we claim from the Lord the gift of a godly electoral process,” said the archbishop of Lingayen. “With the permission of the bishops, the Blessed Sacrament may be exposed for public adoration to beg the Lord for the gift of peaceful elections.”

He told the candidates: “Pray! Pray not only to win but pray that the Lord may show by His signs His chosen leader for this nation, this nation who calls on Him at the crossroads of its national life.”

But even before the CBCP pastoral appeal, some religious congregations have already been on their knees, fasting, praying novenas and the rosary for clean elections and so that voters would be discerning and choose exemplary servant-leaders.

At the Carmelite monastery in Lipa City, the contemplative nuns have been praying a novena to the Holy Spirit since April 30.

A novena is a series of nine-day prayers for a particular intention.

“We have been praying daily the four mysteries of the rosary specifically for the elections,” said Mother Prioress Mary Grace Rillo, OCD.

At the Cubao diocese, women and men from religious congregations have composed common daily intercessory prayers and have used them since April 30, said Fr. Aris Sison, rector of the Immaculate Conception Cathedral.

Sr. Sonia Aldeguer of the Religious of the Sacred Heart said her community had incorporated the prayers for the elections into their community night prayers.

They use the “Veritas” prayer that came from the Association of Major Religious Superiors of the Philippines and its Justice and Peace and Integrity of Creation task force.

Another prayer composed by one of the sisters ends with an intercession for administration candidates Mar Roxas and Leni Robredo.

Aldeguer said a religious congregation in Taguig City on Friday held a forum and mock elections among their mission partners. The winners, Aldeguer said, were Roxas and Robredo.

The Franciscan Missionaries of Mary (FMM) are also among the congregations  that have taken to prayer and adoration of the Blessed Sacrament for the elections.

Sr. Asuncion Borromeo, superior of a Cubao community of FMMs, said they were also praying the Veritas prayer. The Veritas prayer asks the Holy Spirit for “divine wisdom and insight” for the Philippine electorate.

In his statement, Archbishop Villegas said: “We encourage you to pray the rosary every day and receive Holy Communion starting May 1 until May 9. In this novena of rosaries and Masses, we claim from the Lord the gift of a godly electoral process. With the permission of the bishops, the Blessed Sacrament may be exposed for public adoration to beg the Lord for the gift of peaceful elections.”

According to him, the Catholic Church has never asked any political candidate to seek its endorsement.

“But the Catholic Church has always demanded of Catholic voters that they cast their votes as an act not only of citizenship but also as a public declaration of faith.  We ask this most earnestly of all of you, Catholic brothers and sisters, in the forthcoming election,” Villegas said.

He noted that the desire for change was understandable because the people had suffered from “incompetence and indifference.”

“But this cannot take the form of supporting a candidate whose speech and actions, whose plans and projects show scant regard for the rights of all, who has openly declared indifference if not dislike and disregard for the Church specially her moral teachings,” Villegas said.

“This is the day when we can prove how we truly love our country by using our single vote as reflection of ourselves and our share in God’s saving actions,” Famadico said.

“Selling your votes and buying votes by candidates degrade into mutual manipulation between voters and candidates,” he added. With reports from Tina G. Santos and Romulo O. Ponte, Inquirer Southern Luzon