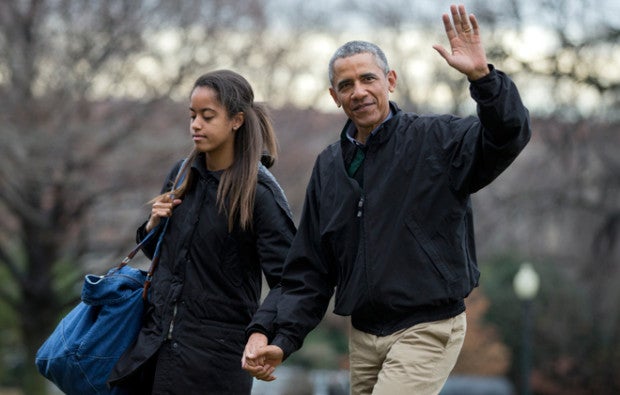 After premeditation advice by her father in choosing a university, United States President Barack Obama’s eldest daughter, Malia, will be attending the prestigious Harvard University in Cambridge, Massachusetts.

The White House gladly announced the great news, but the most-sought after college applicant in the country will not enroll in the Ivy League institution until the Fall of 2017, according to reports from New York Times and CNN. She will be joining the university’s graduate roster of 2021.

Malia prompted to take a ‘gap year’ in order to shovel media attention on her college life, dissimilar from the fates of other presidential children. In 1997, media stormed Bill and Hillary Clinton’ daughter, Chelsea, on her first day at Stanford University. In the dusk of the millennium, George W. Bush’s twins Jenna and Barbara studied and graduated before their father completed his term as president in 2004.
Last year, the President counseled his daughter not to stress herself and choose a ‘low-key’ school. But the 17-year-old Malia chose Harvard, the distinguished alma mater of her top-notch parents, who earned their law degrees there. Harvard is hailed as the ‘second home’ for children of the eminent  ‘A-list’ businessmen, academics, and politicians around the globe.

Reports said that Malia would spend her gap year working on television sets in Los Angeles and New York.

Last October, the presidential daughter was pounded with social media backlash over leaked photos of her partying and playing beer pong with students at Brown University. Gianna Francesca Catolico