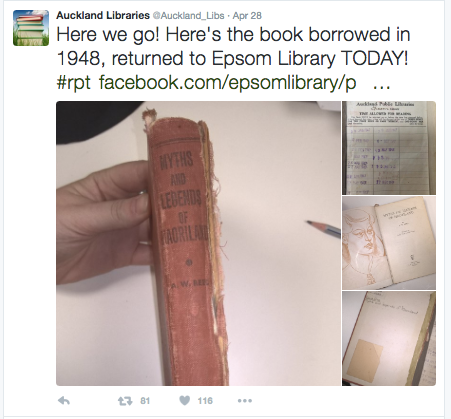 In 1948, a young girl checked out a book entitled “Myths and Legends of Maoriland” at the Epsom Library in Auckland, New Zealand. It was not until six decades later that she returned her long overdue book.

Last Thursday, the woman finally returned the book to the library and asked how much was her tardy fines for returning the book after 24,605 days.

“She told me she had checked out the book as a child and been meaning to return it for years,” said librarian Zoe Cornelius in an interview with The Guardian and local media.

“She seemed a bit embarrassed but I was pleased because she said she had read and enjoyed the book many times over the decades and that made me happy – that the book had been in a good home and loved.” the jolted librarian added.

“Myths and Legends of Maoriland”, written by A.W. Reed, was due on Dec. 17, 1948, as stamped on the book’s antiquated library card. The woman should have paid an outstanding fine of 25,000 New Zealand dollars (Php 822,300). But since she was a young child back then, the librarian waived her fines and delightfully accepted the book.

According to Cornelius, the vintage book will be displayed at the special collection of the Epsom Library.

This is the longest overdue library book in Auckland. The current Guinness World Record Holder for the heftiest library fine is $354.14 (PhP 16,647) after a person returned a book 47 years late to the Kewanee Public Library in Illinois.

The returner of the book, whose identity was not disclosed in the reports, lives outside Auckland and was there for a family vacation.  Gianna Francesca Catolico 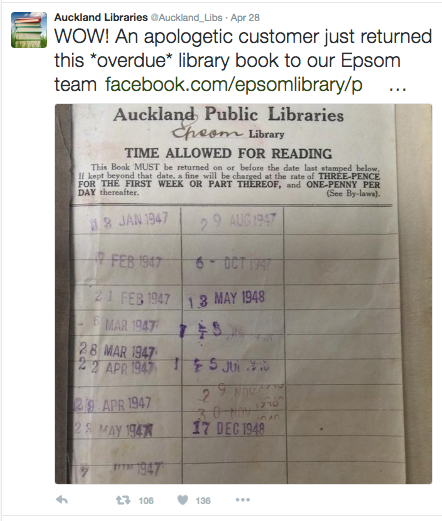