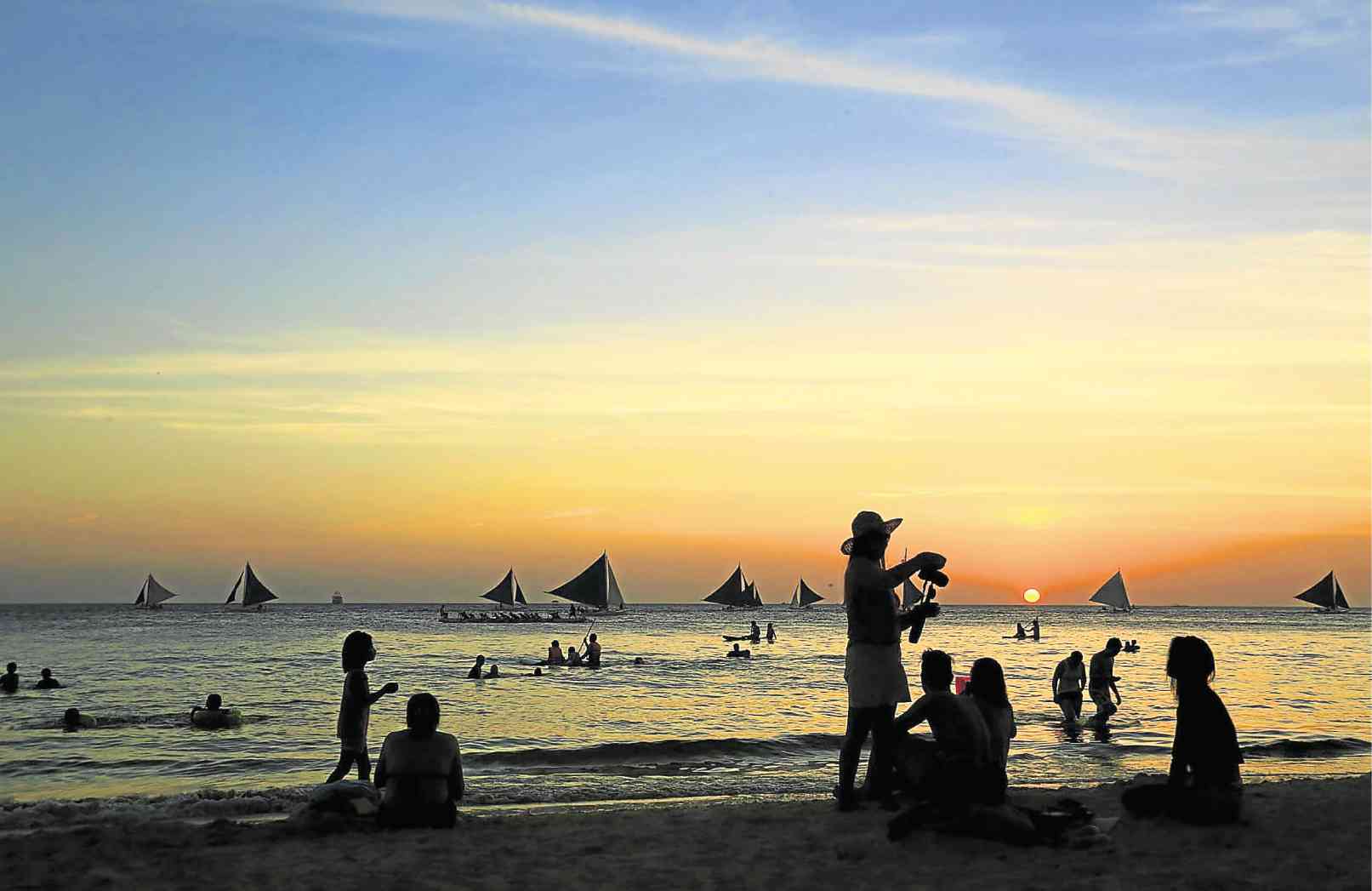 SUNSET IN PARADISE Tourists enjoy the sunset on Boracay Island, one of the top destinations in the country known for its powdery-white sand, turquoise waters and vibrant nightlife. MARK ALVIC ESPLANA / INQUIRER SOUTHERN LUZON

ILOILO CITY—The provincial government of Aklan will conduct an investigation on the arrest of a man, who spent his honeymoon on Boracay Island, for allegedly carrying bullets at the Caticlan airport in Malay town on Thursday.

Gov. Florencio Miraflores said he wanted to ensure that the incident was not part of a “tanim-bala” (bullet-planting) scheme similar to incidents reported at the Ninoy Aquino International Airport in Metro Manila. In several cases, passengers, even the elderly, had been barred from leaving the country and were detained and sued after security checks found bullets in their bags. Many had complained that those items were not theirs and were “planted” by airport personnel who were supposedly involved in an extortion racket.

Jerome Sulit, a businessman, was detained on Thursday after a security check showed that his sling bag contained 14 live bullets and an empty shell for a .22 cal. gun.

Tesorero then called the attention of his supervisor and personnel of the Philippine National Police’s Aviation Security Group who asked Sulit to empty the contents of his 8 inches x 8 inches bag.

Sulit’s wife, Rochelle, stayed with him overnight at the Malay police station. The couple, from Quezon City, had spent four days on Boracay Island for their honeymoon and were at the Caticlan airport for their return flight.

Sulit was charged with violation of Republic Act No. 10591 (Comprehensive Firearms and Ammunition Regulations Act) in the Kalibo (Aklan) Regional Trial Court but was released on Friday afternoon after posting a reduced bail of P40,000.

Andrade denied a television report quoting the couple that some people asked for P80,000 in exchange for their release.

“They asked me how much would be their bail because they wanted to be released after the case was filed. I told them it would be about P80,000,” Andrade told the Inquirer.

Miraflores said a separate investigation by the provincial board would determine what really happened at the airport.

“It’s highly unusual that a couple, on honeymoon in Boracay, will be bringing back bullets on a plane [to Manila],” Miraflores said.

The Boracay Foundation Inc. (BFI), a group of business owners in Boracay, supported the plan of the provincial government to hold an investigation.