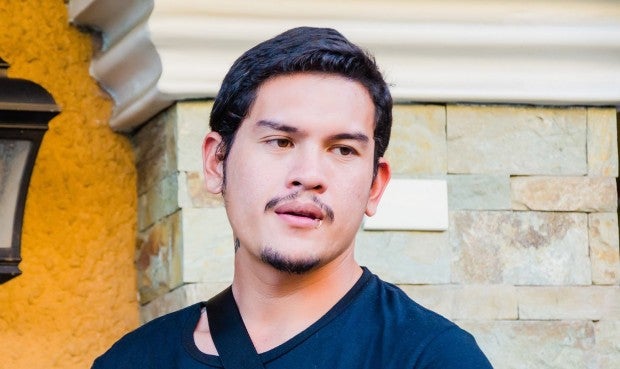 WHEN he was only 13, Sebastian Zimmerman Duterte already owned a townhouse in San Juan City.

The youngest son of Davao City Mayor Rodrigo Duterte is now 28, and the townhouse had a declared value of more than P1.5 million as of 2001.

Located on 386 P. Guevarra Street, Barangay Maytunas, San Juan City, the townhouse is at the center of the latest controversy involving the trash-talking front-runner in next month’s presidential election.

A document obtained by the Inquirer showed that Mayor Duterte and his daughter Sara Duterte used the townhouse and Ecoland Subdivision in Davao City as their addresses in opening a joint account at the Bank of the Philippine Islands (BPI) branch on Julia Vargas Avenue in Pasig City.

The account contains millions of pesos in deposits, according to documents released by Sen. Antonio Trillanes IV, a vice presidential candidate who made the exposé, including other alleged bank accounts of Duterte earlier this week.

The two-story townhouse owned by Sebastian was bought sometime in 2000 from a certain Eduardo A. Bangayan. The house, which has a total floor area of 222 square meters, stands on a 107-sq-m lot that was also previously owned by Bangayan.

In 2000, Sebastian’s father held the seat of Davao’s first district in the House of Representatives. He was elected in 1998 after serving three consecutive terms as mayor of the city.

A businessman, surfer and musician, Sebastian was thrown in the political spotlight in early February when he joined his father’s campaign rally in Bohol province.

In an earlier interview, Sebastian said he had to represent his father in speaking engagements because his elder brother Paolo was busy with his job as Davao vice mayor, while his sister Sara was taking care of their mother who is battling cancer.

Sebastian, father of a 5-year-old girl and a year-old boy, said he had a degree in political science from Ateneo de Davao University, but was not interested in going into politics. TVJ