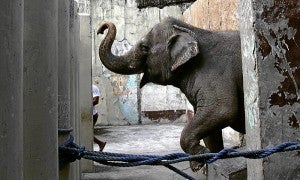 MANILA — Former Manila Mayor Alfredo Lim, who hopes to take back City Hall in the May 9 polls, is questioning a deal entered into by reelectionist Mayor Joseph Estrada for the rehabilitation of Manila Zoo, particularly a provision allowing a “cockpit arena” to be built inside it.

On his Twitter account on Wednesday, Lim, who uses the handle @TheMayorLim, posted copies of the joint venture agreement (JVA) between the city government and the Metropolitan Zoo & Botanical Park Inc. (MZBPI).

The post highlighted a paragraph saying the JVA has allowed the grant of “franchises, concessions, and/or licenses to operate through duly enacted ordinances, resolutions or certifications to the Project, including its component facilities, such as, but not limited to, events center, sports facilities, cockpits and gaming arena, sports coliseum, hotel and recreational facilities.”

“Manila has been desecrated! A cockpit will rise inside Manila Zoo, Erap has signed the joint-venture agreement!” Lim’s tweet said in Filipino, which included a shot of a page purportedly bearing the signatures of Estrada, Secretary to the Mayor Edward Serapio, City Accountant Rosario Planas and Edwin Lim, the representative of Metropolitan Zoo, which according to the JVA, is based in Pasig City.

Told of Lim’s post, Manila Public Recreations Bureau director James Albert Dichaves issued a statement on Wednesday, saying Estrada had “turned down the proposal for the construction of a cockpit within the current Manila Zoo area, or in the two-hectare lot across it. The Manila Zoo is mandated to remain a zoo. The two hectares of land across (it), or Dakota Park, is being planned to be a commercial center, but this is still subject to thorough studies.”

In a separate statement, Manila City administrator Jojo Alcovendaz said the JVA Lim posted was a “draft proposal” disapproved by the city council “because the deal was disadvantageous to the city.” 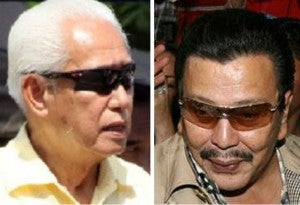 In an interview Thursday, a city official supporting Lim who requested anonymity said however, that since the JVA had Estrada’s signature on it, he, in effect, gave his approval. However, the same source said the city council, as of Thursday, were still making “on and off” negotiations with the private developer, whose credibility was questioned by the official because word reached them that  “the proposal (for Manila Zoo’s rehabilitation) was submitted to City Hall before the company’s incorporation.”

“This means that [the private firm] really has no expertise [in renovating and managing zoos], or that they will outsource this service. That’s our speculation,” the city official said.

Under the JVA, the city government of Manila accepted Metropolitan Zoo & Botanical Park Inc.’s unsolicited proposal on Nov. 4, 2014. The JVA also states that the project will take 25 years to complete “from the time of turnover of the premises to the JV partner free and clear of all liens, encumbrances, tenants and sublessees.”

In a Jan. 16 Inquirer report, Councilor Joel Chua, vice chair of the city council’s committee on laws, said they were unsatisfied with the private developer’s initial presentation made in late 2015 and asked it “to improve a few provisions” before  pushing through with the JVA’s ratification.

In the same article, Dichaves clarified “that the local government has not released a single centavo” for the zoo’s rehabilitation after receiving letters and seeing comments online saying money had already been shelled out for the project.

Manila Zoo’s P1.5-billion rehabilitation was one of the earliest projects promised by Estrada when he became mayor in 2013.  SFM