There are big shoes to fill for any leader in the city that is no longer just known as the footwear-making capital of the Philippines but also as a multi-award-winning local government unit.

The two rivals for the mayoralty in Marikina have something in common. Both can be considered protégés of couple Bayani and Marides Fernando, former mayors whose tenures in the 1990s and early 2000s scored high marks for the city in terms of good governance, civic discipline and urban renewal.

The reelectionist mayor Del de Guzman is being challenged by the first district congressman, Marcelino Teodoro. De Guzman was earlier the vice mayor of Bayani Fernando for three terms (1992 to 2001), and served as congressman when the city was still a lone congressional district.

When Marikina was split into two districts in 2007, De Guzman ran for the first district while Teodoro ran for the second—both enjoying the Fernandos’ support. But De Guzman’s alliance with the couple began to show cracks when he decided to run for mayor in 2010 against then Vice Mayor Marion Andres, another ally of the Fernandos. In the 2016 race, it is Teodoro who’s got “BF’s” backing.

For the city’s 217,711 registered voters who will have the last say on May 9, Inquirer Metro presents the candidates’ respective plans to address three of the most pressing concerns that affect residents and nonresidents alike—traffic situation, peace and order, and informal settlers. 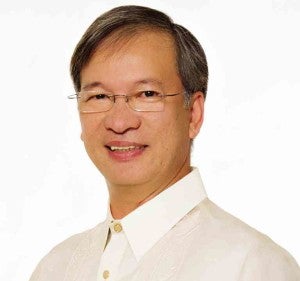 On traffic: There are actually two major thoroughfares in Marikina with vehicular traffic issues: A. Bonifacio Avenue and JP Rizal Street. (The latter passes through San Roque where many stalls selling local delicacies can be found, and also through Nangka near the boundary of Marikina and San Mateo.) To address this problem, some of the doable measures the city is contemplating to pursue include the following:

Establishment of loading and unloading bays in strategic areas (example: inside Riverbanks)

Construction of bailey-type bridge in a strategic location

On peace and order: Solutions that are in place and should be intensified include the following:

On informal settlers: The poverty issue is not really pronounced among informal settlers in Marikina. The city though will sustain its poverty alleviation program programs, more particularly in areas identified by the results of the community-based monitoring system, such as barangays Tumana and Malanday. This instrument provides a reliable compass as to the trajectory of our efforts and the kind of interventions that we should consider. 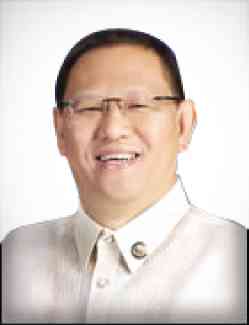 On traffic: Many are affected by the worsening traffic conditions in Marikina, particularly on the following roads: A. Bonifacio Avenue, Bayan-Bayanan, Tumana and Marcos Highway.

To address this issue, competent and well-trained traffic enforcers will be designated to keep motorists to the proper routes and enforce loading and unloading schemes for public utility vehicles. We will also be opening an alternative route: a bypass road from Calumpang to Marcos Highway which will pass by the Marikina Riverside.

There will also be a vehicle segregation program to segregate lanes for jeepneys, “FX,” shuttles and big trucks. Under the program, these vehicles will not be allowed to enter side streets and subdivisions. As for tricycles, they will be allowed to drive and take passengers along routes specified in their franchises.

On peace and order: At present, there are three or more barangays which share a single precinct and mobile (patrol car). To be more effective in responding to emergency cases, each barangay in Marikina City should have its own precinct and mobile.

We will also increase the number of roving police and tanod who will patrol the streets. Private citizens, through the Bantay Bayan Volunteer Program, will be encouraged to play a more active role in maintaining peace and order in the community.

To deter gang wars and other untoward incidents, a strict curfew for minors will be implemented from 10 p.m. to 4 a.m.

On informal settlers: Government should legally acquire from private owners lots in Tumana which are presently occupied by informal settlers. After acquiring ownership of these lots, it should be the responsibility of the government to distribute the same and issue titles to the rightful occupants.